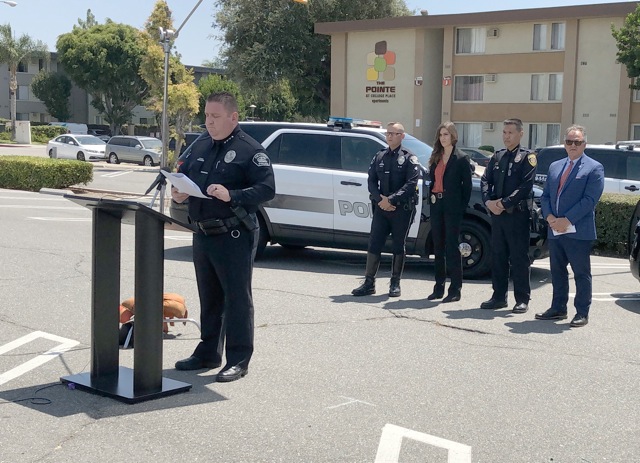 The murder suspect in the stabbing death at CSUF was arrested Wednesday night around 10:30pm at his home in Huntington Beach. He is being held on murder charges without bail. His court hearing is scheduled on Friday.

The suspect Chuyen Vo, 51, and victim Steven Shek Keung Chan, 57, were co-workers at CSUF – though motive for the attack is still being investigated. 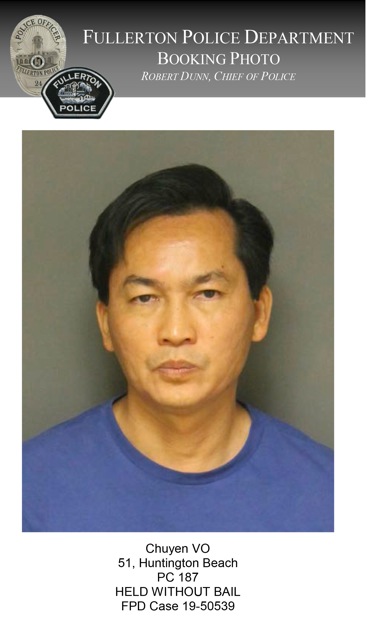 Steven Chan died of multiple stab wounds on Monday, August 19 around 8:30am. He was found in his car parked in the parking lot outside the administrative building at 600 Langsdorf Drive on the CSUF campus. Officers started life-saving measures but Chan was pronounced dead at the scene.
The suspect Vo was caught on surveillance video running from the scene. He was described as an Asian male in his 20s dressed in black by a witness calling 911.
The suspect’s car was also identified in video footage.
A backpack found under the victim’s car included an incendiary device, a knife-like weapon, plus items that investigators said could be used in a kidnapping.  Fullerton PD spokesman Lt. Radus said police are confident the backpack belonged to Vo.
Fullerton Police Chief Dunn, CSUF President Virjee spoke at the press conference on Thursday at 1pm on campus. Both praised Fullerton Police Department and CSUF Police Department and others for working 24-hours around the clock to find the suspect. 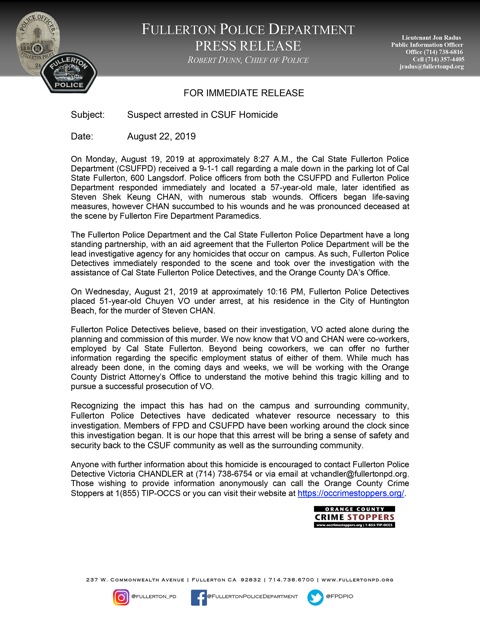