Land of the Free, Home of the Brave

Fullerton resident Scott Townley has done an incredible job for the past 18 years paying tribute to one of the worst acts of terrorism ever to take place in the world—9/11.

Townley works hard every year to insure that every single person whose life was taken is represented, either by a flag or cross on his yard. He has 343 crosses for firefighters, 74 for police, 2977 flags for people killed, and 1400 flags for post-911 deaths. 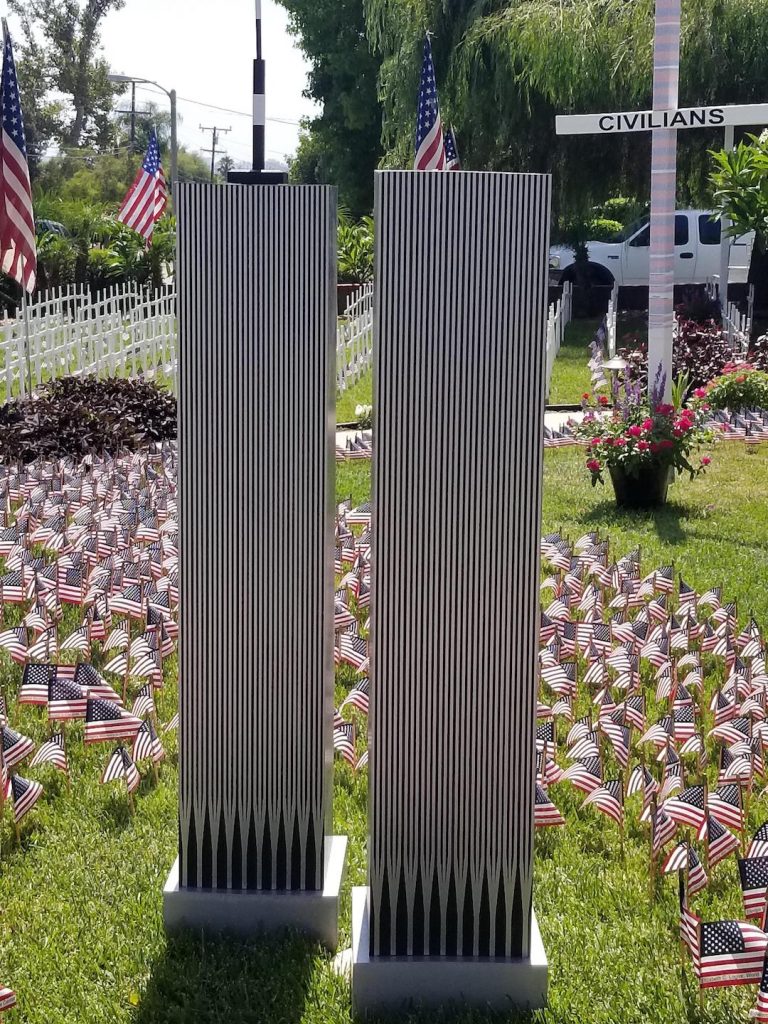 People have also given him gifts to show their appreciation. Firefighters did not have to go into those buildings to save people, but they were brave enough to do it for the people of our country.

The massive buildings known as the Twin Towers were struck by two hijacked planes. Most of the planes that were hijacked were scheduled to land at LAX. The reason that terrorists chose those flights was because the airplanes held the most fuel that would trigger the largest explosions possible. When the Twin Towers collapsed and one of the hijacked planes was still in the air, my father was on his way to LAX. He did not believe my mother when she called and demanded that he turn around. He simply said “You watch too much Oprah.”

Do you remember where you were?

Townley has multiple Memorial “Walls” naming all those in the Armed Forces of the United Sates who have died in the war on terrorism following 911.

A plane hit the Pentagon and one of them had passengers who were brave enough to save the white House from getting hit.

One of the passengers of hijacked flight 93 was Todd Beamer who bravely attempted to regain control of the flight. He told his fellow passengers “Let’s Roll” right before the communication was cut off from the airplane and it crashed in a field 240 miles from the White House.

Overall this is a day to remember and we should not take it for granted!