Fullerton City Council voted 4-0 (Whitaker absent) to enter into a funding agreement with The Illumination Foundation to provide $500,000 in financial assistance from our low and moderate income housing fund for a recuperative care/navigation center for the homeless at a special meeting on October 8.

Illumination will be handling the purchase price of the building, and the city’s contribution will go toward building improvements. The actual building location has not yet been announced.

A recuperative care facility assists homeless people with medical issues who are discharged from a hospital—giving them a place to recover, instead of sending them back onto the streets. The facility would provide medical and other wraparound services to help folks not only recover, but to get into more stable housing.

Fullerton is currently a partner with 12 other cities in north Orange County to build two other “navigation” centers—one in Placentia (expected to open February 2020) and one in Buena Park (expected to open in June 2020).

Illumination’s operation would be funded through the “Whole Person Care System” though the county of Orange.

“It’s a great opportunity because those are beds that the city would not need to fund because they are funded through the county,” city manager Ken Domer said.

The city’s contribution would not be coming from our general fund, but rather from our housing fund, which is a remnant of the former Redevelopment Agency.

Paul Leon, executive director of Illumination Foundation, gave information about their organization. They currently run 16 recuperative care centers, and are the largest operator of this kind in the nation. They have three centers in Orange County (in Westminster, Anaheim, and Buena Park), and have been in the area for about 11 years.

Leon called the recuperative care model “a really effective way to take in homeless clients who have medical and mental health needs and do not have stable housing—to be able to work with them, coordinate all the medical resources including housing and move them into permanent supportive housing.”

Two years ago, when the county of Orange cleared the large homeless encampment along the Santa Ana riverbed, the Illumination Foundation took in 120 of those people, many of whom are now in permanent supportive housing.

Most of the homeless people that the Illumination Foundation serve are eligible for state and federal assistance, through programs like CalOptima, and they help their clients access those funds, so the financial burden is lessened on the city or the county.

The Foundation also runs a number of “micro communities” around the county, which provide housing for those who exit their recuperative care facilities. 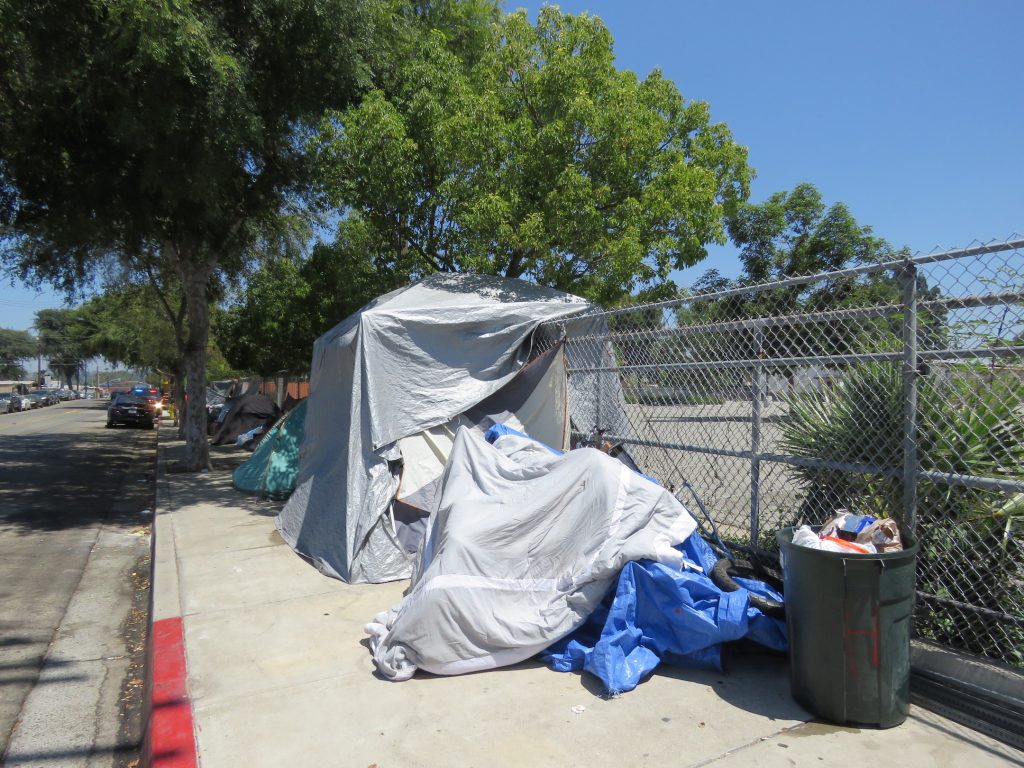 Homeless encampment along Gilbert in Fullerton.

“We employ licensed clinical social workers, registered nurses, and substance abuse counsellors to work with our clients on these issues,” Leon said, “We have a plan of treatment for each client. You can’t work with the homeless unless you really understand both addiction, mental health, and have the infrastructure to be able to deal with that.”

Council voted unanimously to approve the financial commitment. City staff will bring back more information in November—most importantly, the proposed location of the facility.