Fullerton City Council voted 4-1 (Whitaker “no”) to enter into a cooperative funding agreement with local non-profit the Illumination Foundation to provide $500,000 of City funds for the development of a proposed recuperative care/navigation center in Fullerton for individuals experiencing homelessness, at their November 5 meeting.

A large contingent of the faith community and homeless advocates expressed support for the project.

The proposed site of the facility is 3535 West Commonwealth Ave.The Illumination Foundation has begun preparation of a conditional use permit application that will be subject to review and approval by the Planning Commission early next year.

The facility would provide recuperative care for 60 people and a navigation center for 90 people experiencing homelessness.

A recuperative care facility assists people experiencing homelessness with medical issues who are discharged from a hospital—giving them a place to recover, instead of sending them back onto the streets. The navigation facility would provide shelter and wraparound services to help folks not only recover, but to get into more stable housing.

The Illumination Foundation currently runs 6 recuperative care centers—they are the the largest provider of such services in the nation.

According to Paul Leon, CEO and founder of the Illumination Foundation, they are hoping to open the facility in January or February.

“We have the moral obligation in a housing and homelessness crisis, to stand up, to be bold,” Quirk-Silva said. 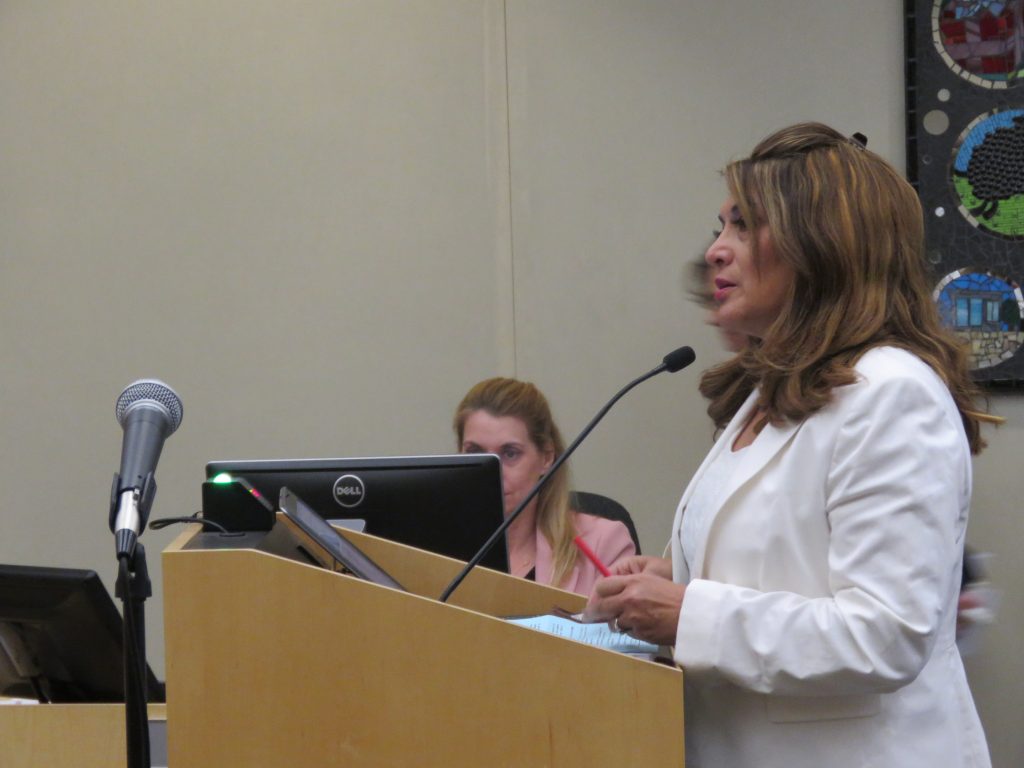 A large contingent of the faith community and homeless advocates filled council chambers in support of the project.

“Professor Elie Weisel used to say that the opposite of love isn’t hatred, but indifference. We don’t just have a homelessness crisis; we have a moral crisis as well,” said Rabbi Nico Socolovsky from Temple Beth Tikva Fullerton. “And the solution to both starts tonight by your courageous leadership and decision-making.” 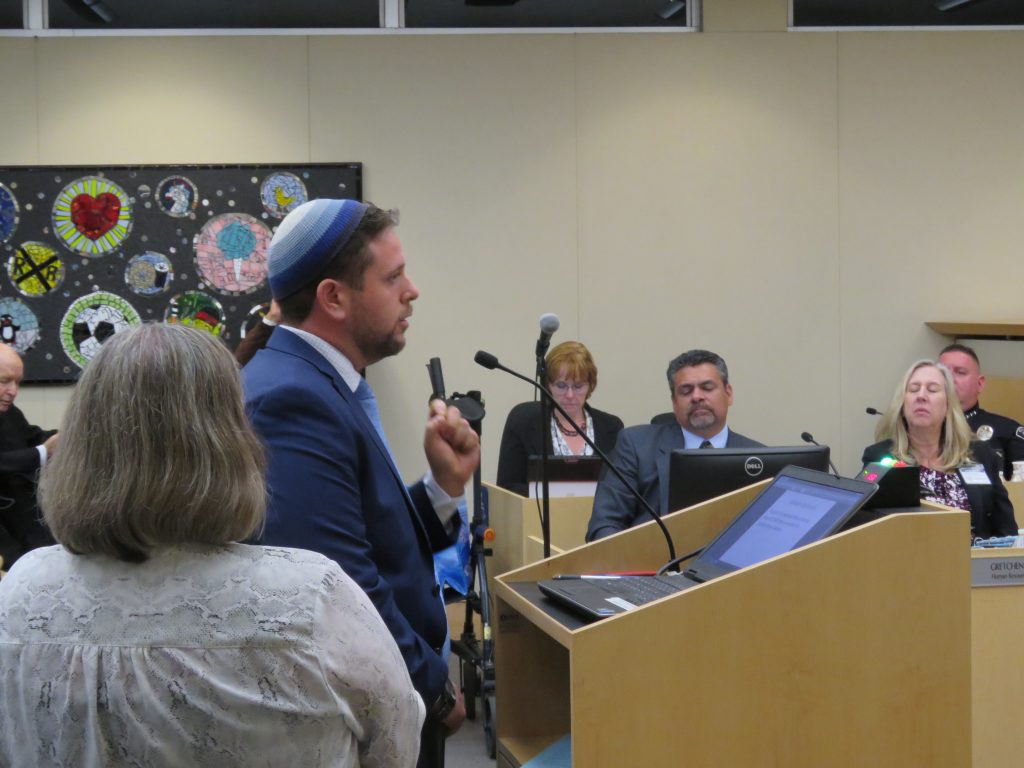 Rebecca Gallegos of the Unitarian Universalist Congregation in Fullerton said, “We believe as our first principle in the inherent worth and dignity of every human being, and that certainly extends to our homeless neighbors in Fullerton.”

Barbara Johnson, founder of Fullerton Interfaith Emergency Services (now known as Pathways of Hope), said that the key to success is public/private partnerships, like this project. 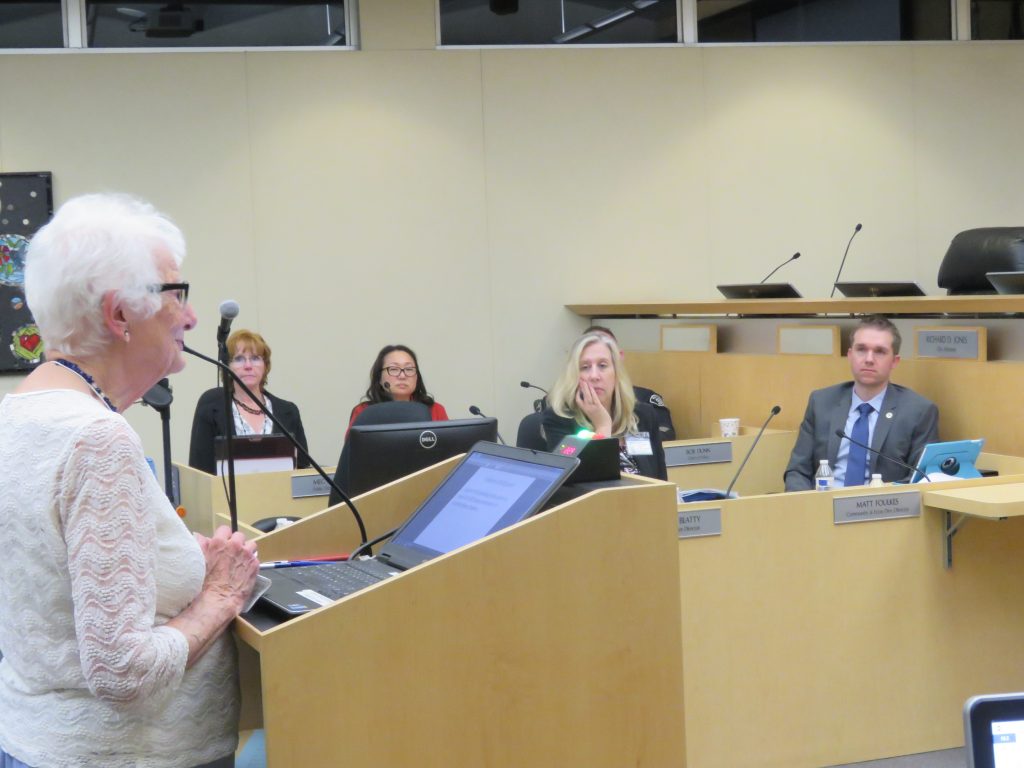 Barbara Johnson, founder of what now Pathways of Hope, speaks in support of the project.

Fullerton resident/business owner Anita Adriano expressed skepticism about the project, and the perceived lack of outreach to the neighborhood surrounding the proposed site.

“As much as I know that we need to find solutions, I’m aghast at the fact that once again the city council wants to sandbag us, making these decisions without making all of us informed,” Adriano said.

Mayor Protem Fitzgerald, who supported the project, responded that residents will have more opportunities to express their views on the project throughout the entitlement process for the conditional use permit. 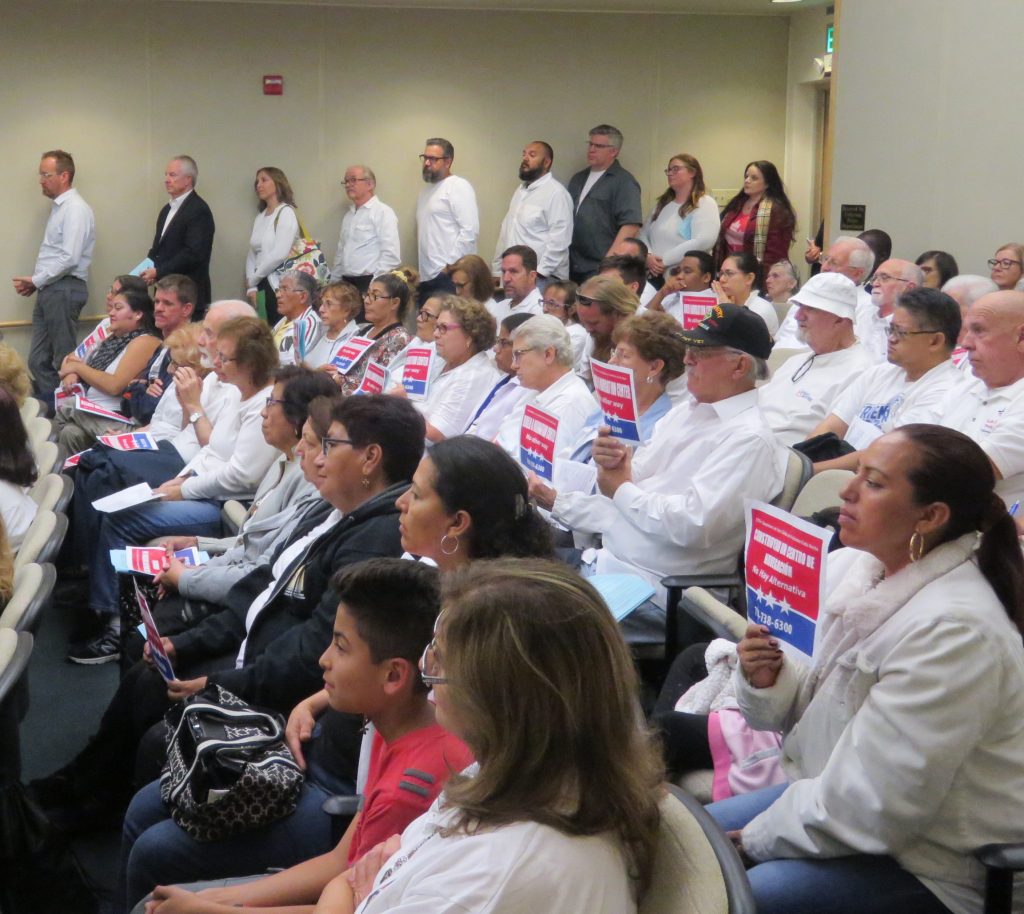 Members of the public wore white in support of the project, held signs, and lined up to speak to council.

“I don’t want anyone here to leave tonight thinking that this is one decision and this is approved to open tomorrow. That is not the case,” Fitzgerald said. “We still have to go through public hearings of conditional use permits, so you and the residents will have a lot of opportunities through the next couple months to weigh in on this.”

Mayor Silva, who supported the project, said that the item came up quickly because “we have heard from a lot of you to do something about the homeless situation.”

“A lot of things came together quickly and we had to take action,” Silva said. “We’re trying to address a situation that we keep hearing over and over to do something…So we’re doing something.”

“It is time for us to deal with this, so I can wholeheartedly support it,” Council Member Flory said.

Council Member Bruce Whitaker voted against the proposal, saying that “there have been questions about process, about the council moving swiftly and heavy-handedly, especially with long-established neighborhoods.”

“I’ve always been one to vote my conscience, and in this case it would be very hard to vote and give you the 5-0 because there are so many people out there in this city who feel they haven’t been listened to,” Whitaker said. 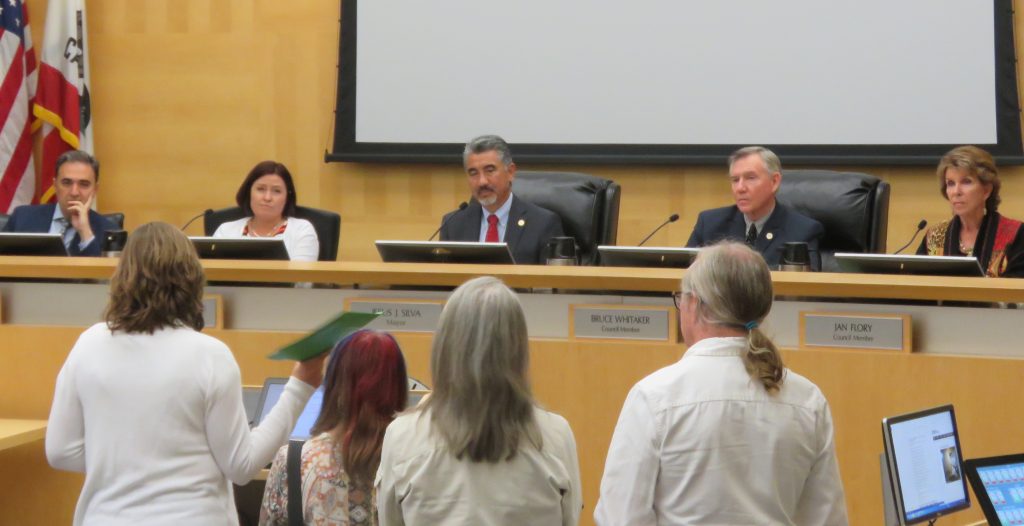 Members of the Unitarian Universalist congregation of Fullerton urge council to support the project.

According to the last Orange County Point in Time count, there were 308 people experiencing homelessness in Fullerton.