On a rainy Wednesday morning, December 4, the Fullerton Police Department, in conjunction with the Orange County Health Care Agency and non-profits CityNet and Illumination Foundation, cleared the homeless encampments that have existed along parts of Gilbert and Valencia for the past several months.

No arrests were made, and all those encamped were offered shelter at a facility run by Illumination Foundation, as well as access to social services. 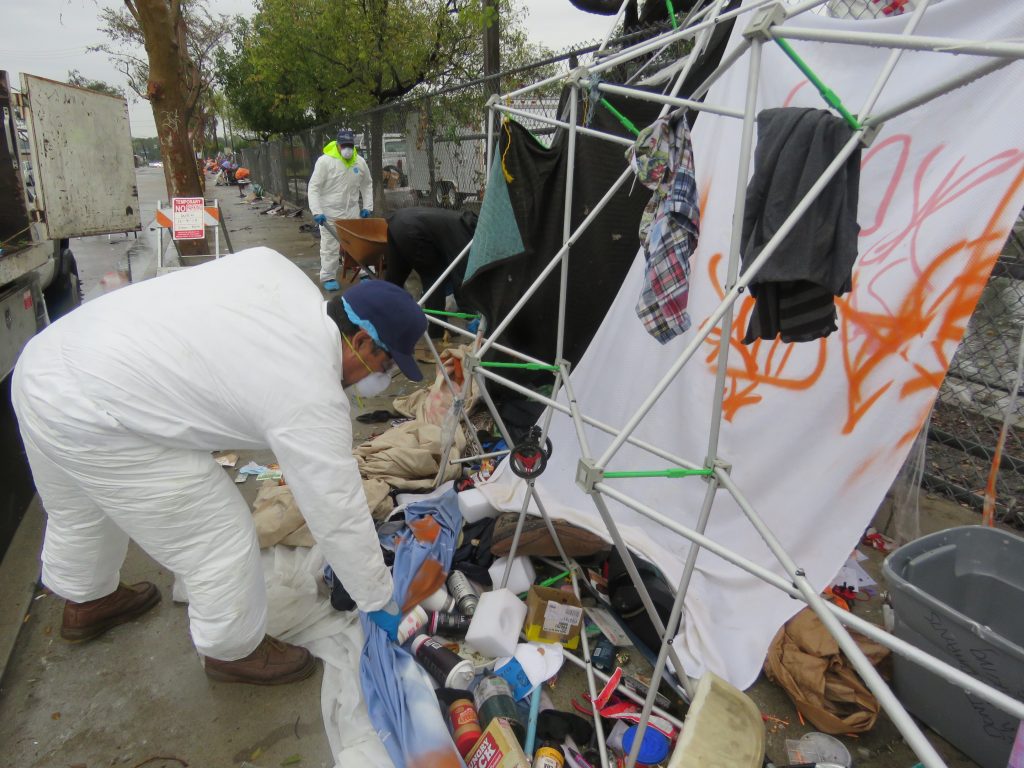 County workers clear up debris left by the homeless encampment.

For at least the past year, Fullerton (and many surrounding cities) have been legally unable to enforce their anti-camping ordinances due to the Martin v. Boise court case (which states that if cities do not have adequate shelter beds, they cannot enforce anti-camping ordinances), and Fullerton’s settlement agreement in the Orange County Catholic Worker v. County of Orange case—which only allows enforcement if shelter beds are available.

Federal Judge David O. Carter allowed this limited enforcement of Fullerton’s anti-camping ordinances because of the positive steps the city has taken in the past year to provide homeless services, including funding toward shelters in Placentia and Buena Park (coming online next year), a Safe Parking program for those living in their vehicles, opening the Armory shelter earlier than normal, and funding toward a proposed recuperative care/navigation center for the homeless on Commonwealth Ave. near the airport.

Speaking of the encampment, Sgt. Jon Radus of the Fullerton Police Department said, “It’s a public health risk.” He said that the enforcement is “really to give those residents who live in this residential community a break from this encampment.”

Radus explained that the Fullerton Police Department’s Homeless Liaison team, along wth CityNet has been conducting outreach at the encampment since June.

“Our goal was not to arrest people,” Radus said. “Our goal was to get compliance—to clean this area up for the residents, and to get those who were in the encampment off the street.” 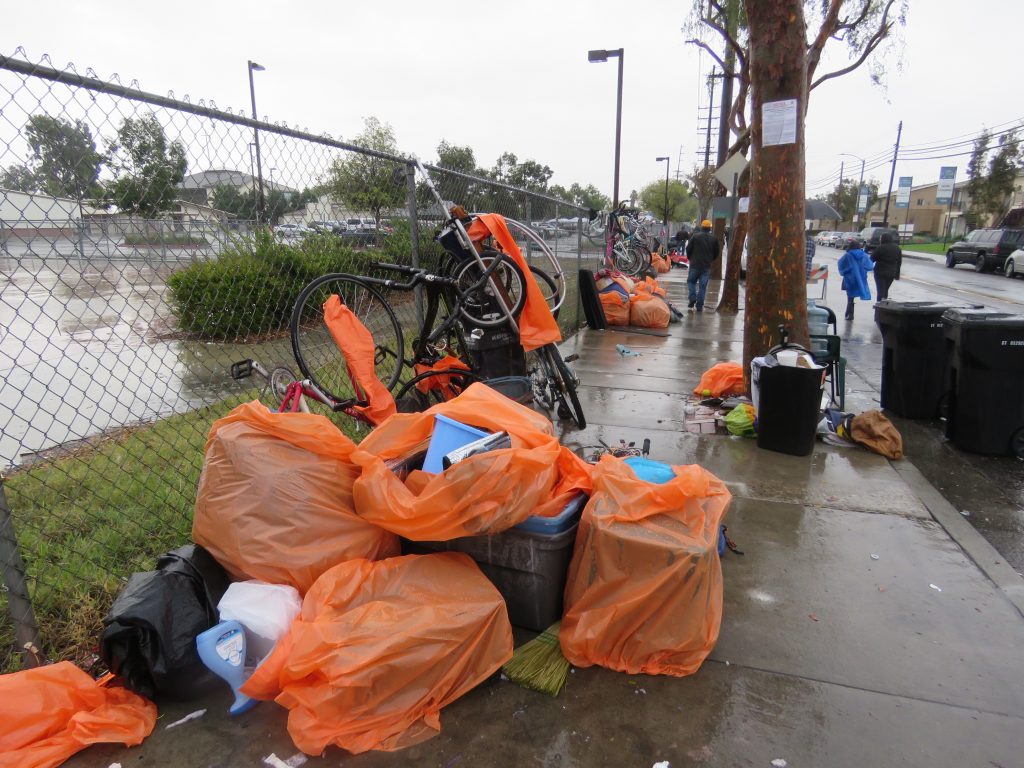 Trash and other items left by the encampment.

At its peak, the Gilbert encampment had between 25-30 people. Notices went up on November 18 the enforcement would begin on December 4. By early Wednesday morning, about 10 people were left—all of whom were either placed in shelter or left by around 9am.

Judge Carter was present at the clearing of the encampment, to make sure people were treated humanely and offered the assistance they need.

There was a woman at the encampment who did not have shoes. As she stood on the wet sidewalk, Judge Carter removed his shoes and gave them to her.

The Fullerton Planning Commission will hold a Public Hearing for a recuperative care/navigation center for homeless services on Dec 11 at 6:30pm at Fullerton City Hall (303 W. Commonwealth Avenue).

The Planning Commission will consider a request by Illumination Foundation for a Conditional Use Permit to operate a Human Service Agency with 60-recuperative care beds and 90-navigation center beds with wrap-around services at an existing building located at 3535 West Commonwealth Avenue.

The interior of an existing 18,000 square foot building on the north side of Commonwealth Avenue, just east of the intersection of Commonwealth and Magnolia Avenues will be completely renovated to provide recuperative care beds and navigation center beds for up to 150 persons experiencing homelessness.

For questions, or to provide comments regarding this item prior to the public meeting, please contact Matt Foulkes (Mfoulkes@CityofFullerton.com) with the Community and Economic Development Department.