Forty-two families were recently reunited at the Fullerton Community Center thanks to the efforts of a local non-profit called “Ojos de agua y el Novillero Unidos.” This group, named after two towns in the state of Guanajuato, Mexico has been working to improve the lives of the town’s residents for the past 11 years.

Organizations such as this are not uncommon in the United States, as immigrant communities raise money to improve conditions in their hometowns in Mexico.

On February 3, the family reunification event was held at the Fullerton Community Center, and saw the reunification of families, some of whom had not seen each other in over 25 years. 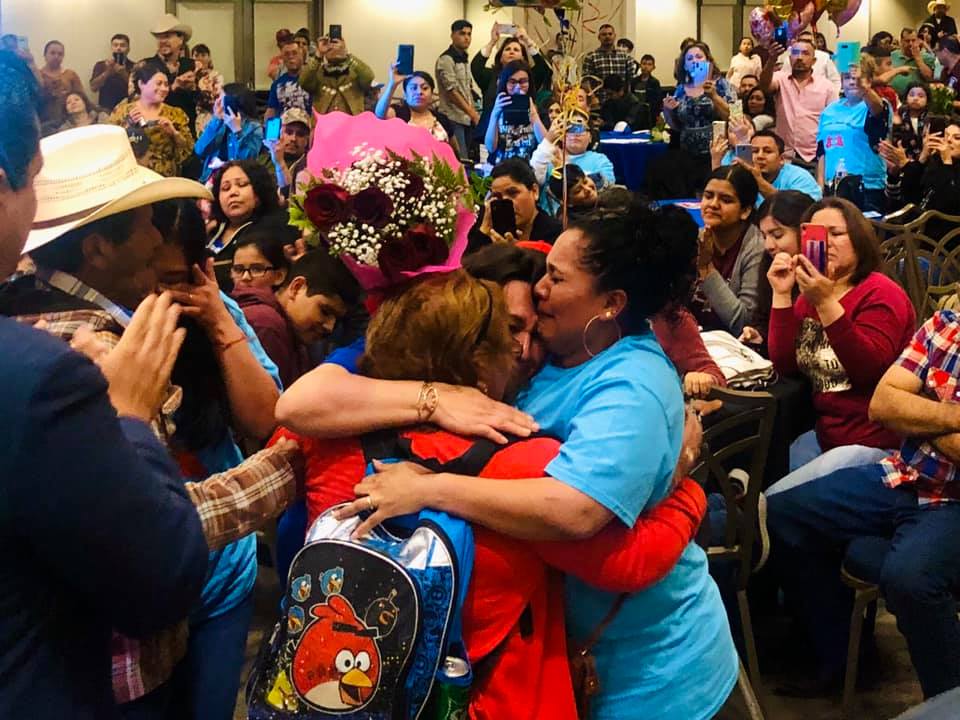 “There was one individual who had not seen his mom for 27 years,” said Andres Solis, president of the group. “Everybody at the community center was crying. Even the workers were crying. It was very emotional.”

These 42 senior citizens from Guanajuato were able to come to the US on temporary visas thanks to a program from the Mexican government called “Mineros De Plata” which means “Silver Miners.” Under this program, if you are 60 years or older and haven’t seen your kids in the United States for more than 10 years, then the government will help you obtain a visa.

It was a big undertaking to make the reunion happen, but with the help of this local non-profit, it was a success. The Governor of Guanajuato and other officials, including Fullerton City Councilmember Ahmad Zahra, were in attendance at the event. 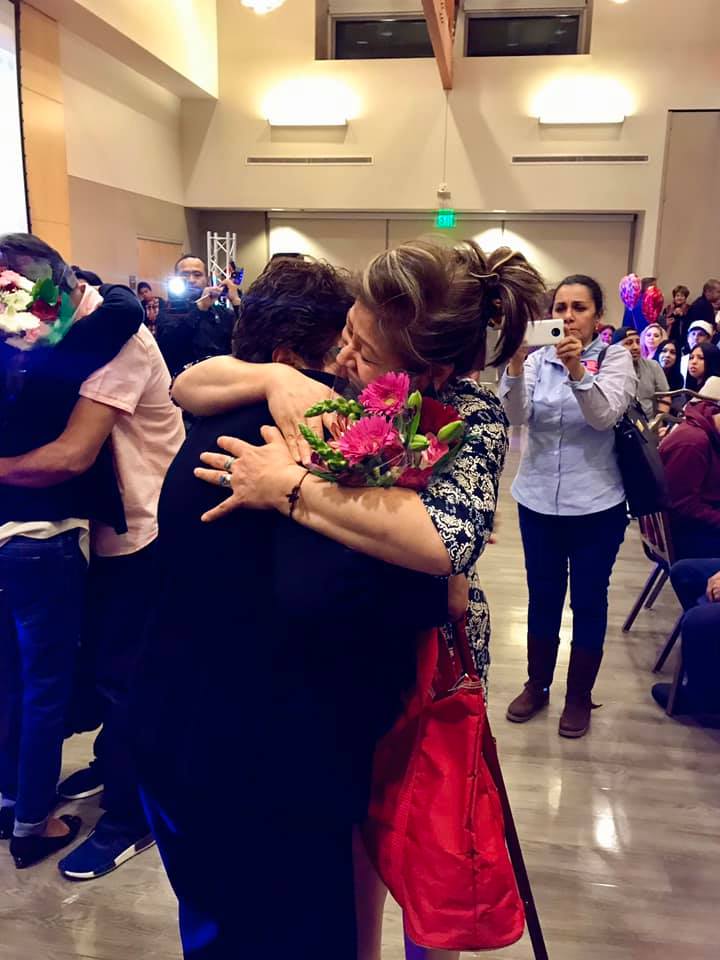 This family reunification was just one of many efforts that Ojos de agua y el Novillero Unidos has organized to help these communities in Mexico. Utilizing another government program in Mexico known as “Tres por uno” (in which the government will match dollars raised by the non-profit), the group has sponsored reconstruction of roads, schools, and a community center.

Through their fundraisers, they have also paid for school supplies and blankets for the kids living in the towns of Ojos de Agua and Novillero.

“We’re 11 immigrants from the state of Guanajuato. In 2008, we got together with family members and decided to do something for our community back in our hometown. The needs were great—the roads, the schools were in terrible shape. We thought, ‘What can we do to give back to the community?’” Solis explained. “We’ve changed the community big time.”

Andres’ brother Armando used to be president of the club, but has since returned to his hometown and was elected Mayor. At the community center in Ojos de Agua that the organization helped fund, residents can take classes that help them obtain job skills to start their own businessess and obtain local jobs.

“In the community center we built, we have trade courses like how to fix cars and how to cook,” Solis said. “I know of one person who started their own business because of the classes they took at the community center. And then they create jobs—that was our goal.”

“Decent pay [in Mexico] is about 60 bucks a week,” Solis said. “How can you live on that, especially if you have a family?”

Solis hopes that his organization will help generate jobs to boost the local economy so that people won’t have to migrate.

“The sports complex we’re building right now is being built by local workers—to give them jobs. So our projects generate jobs down there. And the complex will bring people from other communities that will support our local businesses. So that’s the goal—to generate jobs and business,” Solis said.

Immigrating legally from Mexico can be a difficult and lengthy process. If you have family members in the United States who are citizens, you may apply for a visa, but if you don’t have family, prospects are nearly impossible, Solis said.

For the “Silver Miners” the agreement is they are only here for 30 days, and then they have to return home. But they have the visa for 10 years, and can return whenever they want for up to 6 months at a time. Solis is currently working on another family reunification event in June.

“It’s a lot of work but I love doing this. I love helping people. It’s my passion,” he said.