In late November of last year, the city of Fullerton released a Request for Proposals (RFP) for partners interested in the revitalization and operation of the Hunt Branch Library, which has been closed to the public for over 5 years. Although the original RFP response date in late Jan. deadline was extended to Monday, Feb 24, the community group responsible for focusing attention on the fate of the closed library is asking that the deadline be extended once again to allow time for more potential partners to respond. 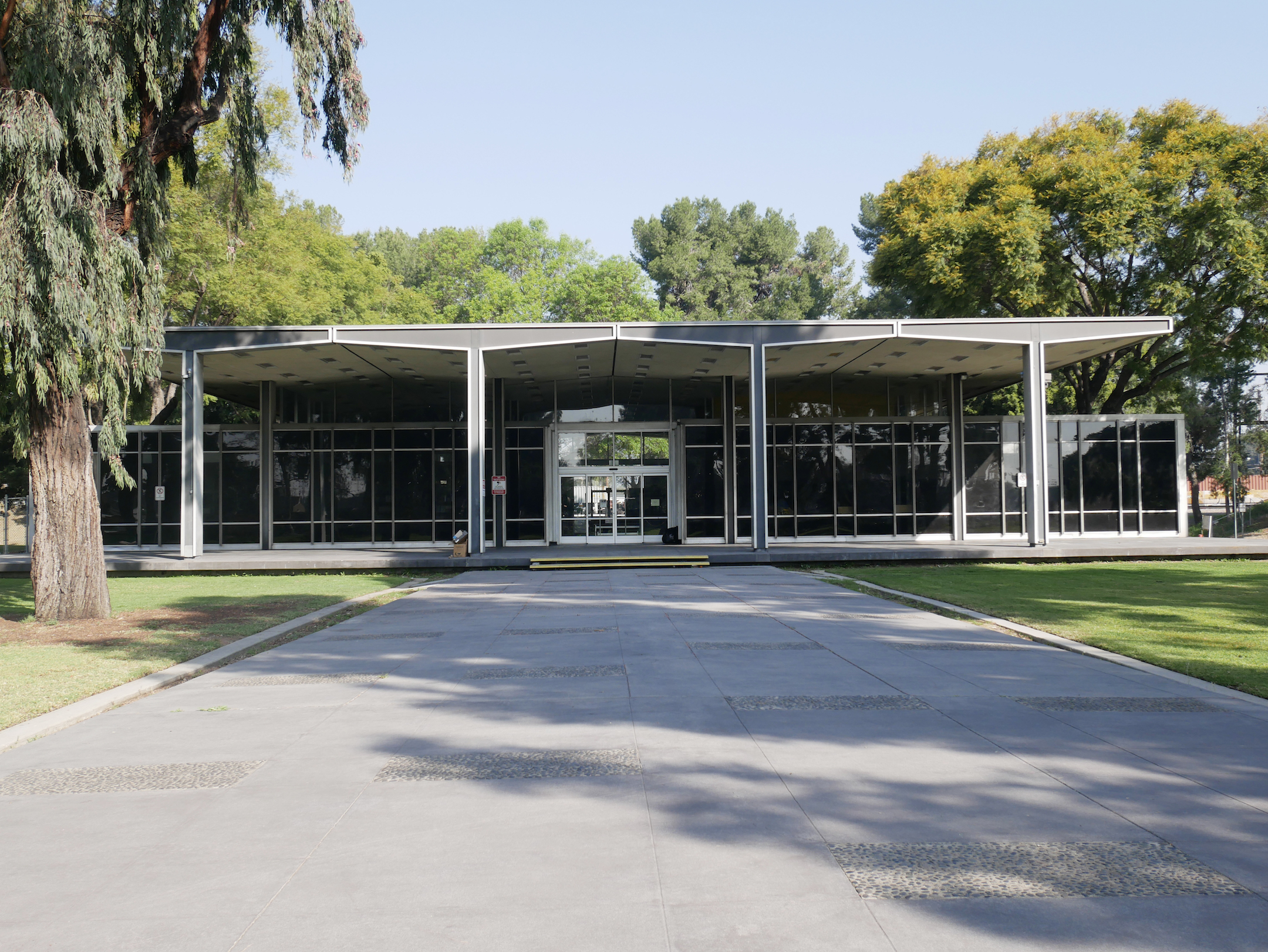 The group, Save The Hunt (STH), was formed to keep the Hunt Library in the public realm for community use instead of being sold, as suggested by members of the city council. STH are also concerned that the 1962 building and grounds, which has since received national registry status, be properly restored, and, additionally, not overshadowed by insensitive new development on the site.

Four events primarily contributed to community alarm over the future of the Hunt Library, given as a gift to Fullerton by Norton Simon:

-The Library had at one point been placed on a list of city properties for potential sale to try to solve the City’s financial woes. It has since been removed from that list.

-Several councilmembers stated that they were open to private purchase of the library by the neighboring church, Grace Ministries International (GMI), who purchased the neighboring site, the former Hunt Industries headquarters.

-In 2018 the City Council considered a move to wrest the governance of the municipal library system away from the sitting Library Board of Trustees, which, though ultimately unsuccessful, did result in a change in the city’s library ordinance.

-The abrupt closure of the Hunt Library in 2012 and subsequent lease to a private institution, GMI, at the a below-market rate: $1,500 for over 10,000 square feet in an iconic midcentury building.

Fortunately, a spirited effort was pulled together in 2018 to design a process that could fund a revival of the Hunt Branch. The city was pressured into forming a special Library Ad Hoc Committee, who pulled together an enormous amount of information under a very short deadline. Their final report to the City Council suggested that the City release an RFP to the community to develop interest in partnering with an organization that could provide funding for a library or provide programming in literacy, arts, culture, or education. In accordance with community wishes, they specifically recommended against private institutional or commercial use.

While the city’s RFP allows for non-profits and literacy, arts and education uses, it also allows for-profit organizations and even entrepreneurial business and workforce development uses. Save The Hunt hopes that the partner chosen will provide for a use more in line with the Ad Hoc’s recommendations.

Capital vs. Operational Funding and the Need for Publicity

Save the Hunt are also very concerned that many potential partners remain unaware of the RFP issued by the city. Without extensive outreach to arts and literacy organizations, only businesses who stay in touch with municipal RFP offerings will see the RFP at all. The City has expressed its hope that the community will spread the word about the opportunity, but the city should still make an extensive effort of its own to further publicize the RFP.

The city’s inclusion of the $2.5 million capital improvements grant from the State of California as integral to the RFP has attracted builders interested in repairing the facility, but may have intimidated nonprofits who can provide appropriate community programming from responding form responding at all. Save The Hunt suggests an option to separate the capital construction management aspect of the RFP from the nonprofit programming and operations purposes in order to attract more not-for-profit respondents. This option could attract more appropriate offers than proposals with a small amount of cultural and literacy programming, who might be more interested in responding primarily in order to qualify a large commercial development on the site.

The RFP states that an evaluation panel will be formed at some point to make a recommendation to the City Council.  Although the library is technically owned by the City, the Library Board of Trustees governs most library issues, they are, at present, not included in the partner section process, although the board has requested that it be allowed to participate. The city should also considering drawing on the experience of the Ad Hoc Committee for this purpose.