Did you know that 99% of the useable freshwater on Earth is groundwater? Did you also know that in north and central Orange County we are sitting on a vast groundwater basin that supplies 77% of our drinking water? National Groundwater Awareness Week in the U.S. is March 8-14, so this is a great time to call attention to the importance of this natural resource.

First, let’s go over five national and state facts about groundwater, according to the National Ground Water Association:

1. The amount of available groundwater is 20 to 30 times larger than all U.S. lakes, streams, and rivers combined.

2. 44% of the U.S. population depends on groundwater for its drinking water supply.

3. 53.5 billion gallons of groundwater are used for agricultural irrigation each day. In 1990 that number was only 2.2 billion.

4. The largest U.S. aquifer is called the Ogallala Aquifer, which underlies 250,000 square miles stretching from Texas to South Dakota.

5. California pumps 10.7 billion gallons of groundwater each day, a third more than the second-highest state, Texas.

The Orange County Water District (OCWD) manages the Orange County Groundwater Basin to ensure that there is ample water for the 2.5 million people that live in the north and central parts of the county, and the water is of the highest quality for drinking. Here are five additional interesting facts about your local groundwater basin:

1. Since its inception as a California special district in 1933, OCWD has safely tripled the basin yield, which has supported the growth in the region.

2. Our groundwater basin holds 13 trillion gallons of water, but only a tiny fraction of this can be utilized without causing physical damage and seawater contamination from the adjacent Pacific Ocean.

3. Groundwater is annually pumped from over 200 wells operated by 19 cities, including Fullerton, and water agencies within OCWD.

5. The Groundwater Replenishment System, which came online in 2008, provides 100 million gallons per day of advanced purified water and is the primary source to refill the basin. When its final expansion is completed in 2023, it will provide 130 million gallons per day. That will be enough water to fulfill the water needs of 1 million people.

It would be impossible for Orange County to continue thriving without groundwater. That is why OCWD does everything it can to ensure that high quality groundwater is always available. Groundwater is a precious resource that we all share and should protect for generations to come. 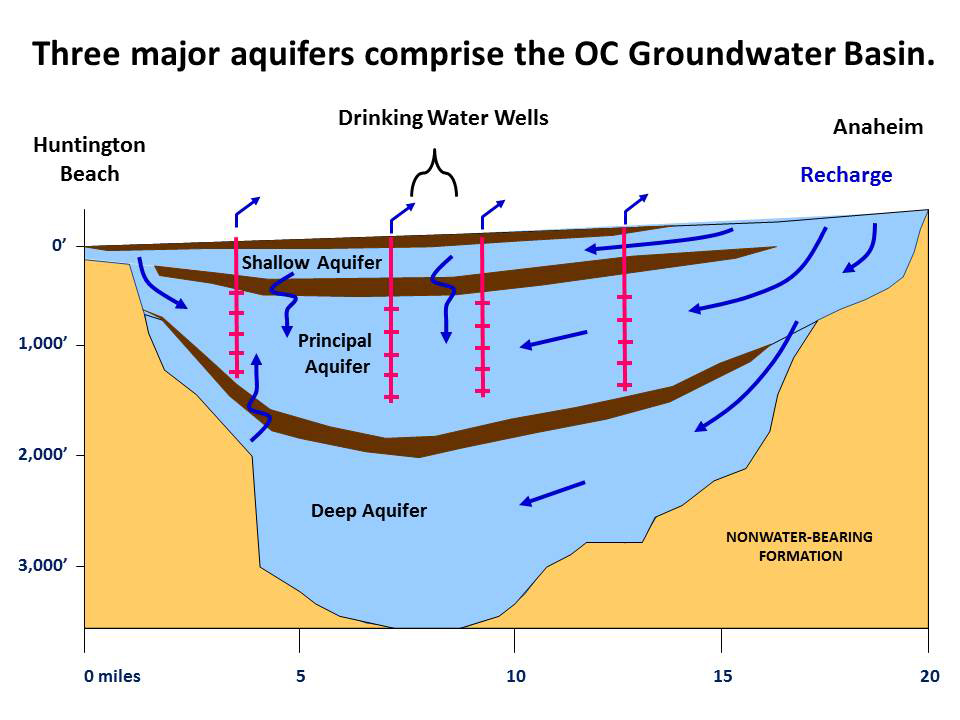 Ahmad Zahra is a Fullerton council member and representative at OCWD. For more information or for school or group tours of OCWD, email AhmadZ@cityoffullerton.com or visit www.ocwd.com.