An Interview with Corky Nepomuceno about her non-alcoholic pop-up.

Once a month on every 3rd Friday, Rialto Cafe in downtown Fullerton transforms into a speakeasy-vibe bar, with one notable difference—there’s no booze. It’s called Temperance, and it is Orange County’s 1st Zero-Proof Bar.

To learn more about this radical concept, we spoke with Corky Nepomuceno, the creator of Temperance bar. 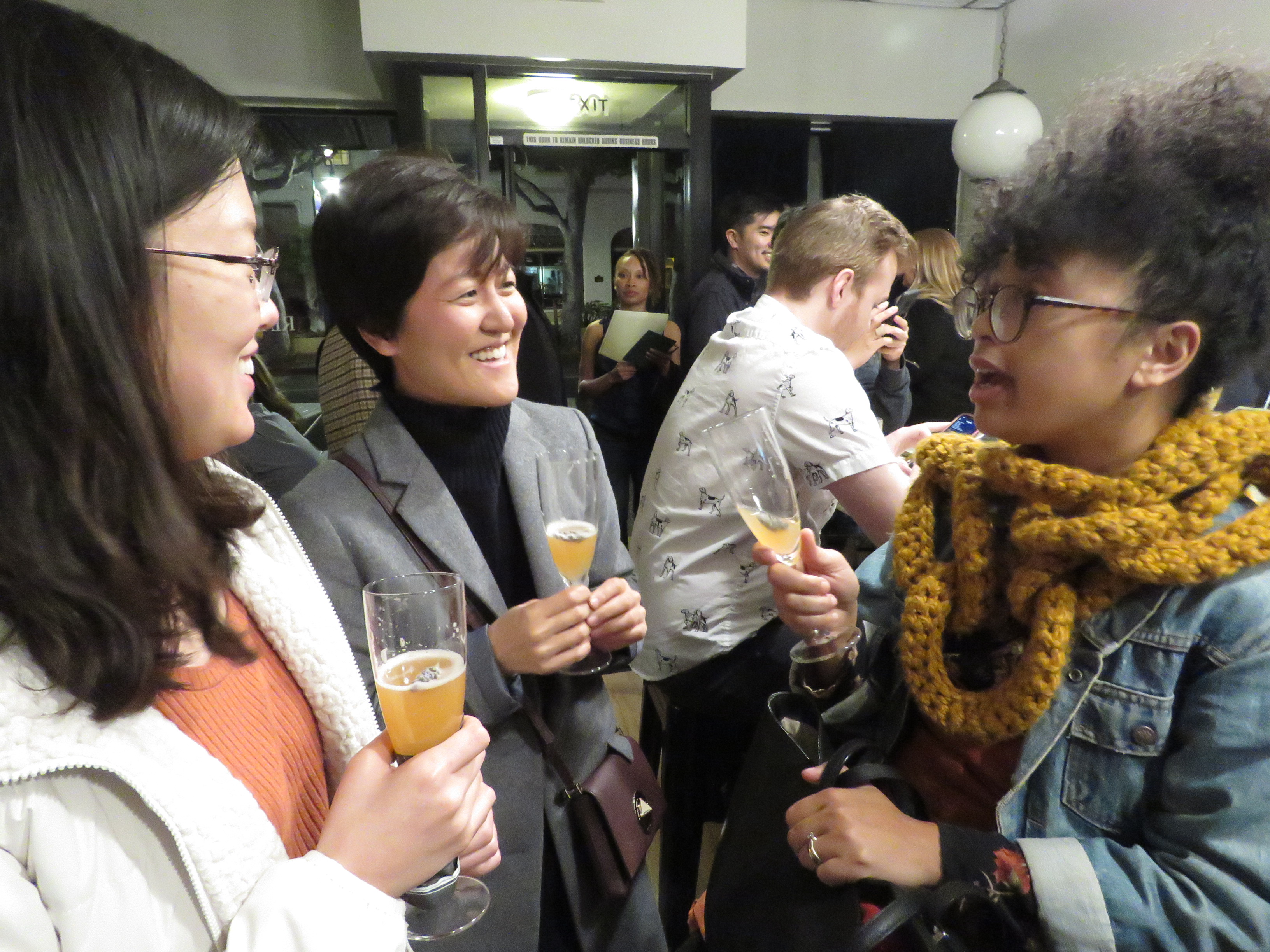 What was the inspiration for Temperance Bar?

It’s kind of difficult living in Fullerton to socialize without alcohol because even if you wanted to, when you go out there’s not really an alternative to the drinking establishments. I thought—it would be cool if there was a place where you could still hang out and go and socialize with friends, but you didn’t have to worry about getting inebriated.

The more people I spoke with, I noticed that my friends were also cutting back on the drinking or not drinking at all. So I thought maybe this is something that is a growing trend of some sort. I thought, what if there was some kind of space that would be a sober bar, which sounds like an oxymoron.

Was this something you invented?

I hadn’t read up on anything when I thought about it, but then when I Googled it, I discovered that there are existing sober bars around the world, mainly in Europe, in the UK, and there are a small smattering of sober bars across the US. Two prominent ones in the US are Listen Bar in Brooklyn and Sans Bar in Austin, Texas. They are also both pop-ups–neither are brick and mortar establishments. The more research I did, I found many articles online lauding the slow movement of the sober bar, or the culture of “sober curious” people. It made sense to me because—new decade, new me—just the idea of self-care and consciousness about health and wellness.

Who else did you collaborate with on this?

I was having lunch with my friends Taylor Hamby and Charisma Madarang, and I just brought up this idea, and they jumped right on it. They thought it was a fantastic idea, and so we started developing it. It was the three of us in the beginning, but Taylor got busy—she has her own business [Sputnik Vintage], so now it’s just Charisma and me.

I know you are creator of Fullerton Foundry, a web site which focuses a lot on local food and drink. What’s Charisma’s background?

She has a similar background. She’s a food journalist. She worked as a managing editor at Food Beast a few years ago. And she’s also like a digital marketing consultant/guru.

I noticed that some prominent publications have written about Temperance Bar: the LA Times, The Orange County Register, etc.

Yeah. That was really exciting because we’re the first [sober bar] in Orange County, and I’m going to say probably we’re currently the only one in Southern California right now. I know there’s one in development in Los Angeles. So right now we kind of stand out as the prototype.

How often do you guys do your “pop-up”?

Once a month. Right now we’re open the third Friday of the month at Rialto Cafe downtown.

Can you tell me about some of your bartender/mixologists?

One of the questions I’ve gotten is, “If there’s no alcohol in it, isn’t it just like juice?” And the answer is no. We actually invite some of the best bartenders from around the area—LA and Orange County mixologists—they’re the ones creating the cocktails. They have very professional backgrounds in bartending and mixing drinks—so they try to make it as creative as possible, giving it that unique craft cocktail edge.

At your last pop-up, you also had a food component. Where do you get your chefs?

We’ve had guest chefs. Our first one was Cody Storts. He’s pretty renowned around these parts. He started Grits and also made Hopscotch super popular. He’s headed a lot of different restaurants, and I think it was actually his last chef event before moving to Tennessee.

You’ve done two events so far. How do you feel like the reception has been?

It’s been really great. The first event was really overwhelming for us because we didn’t know what to expect. It was our first rodeo as business people, actually having our own space doing this kind of enterprise. There was a huge rush of people at certain times, then a lull. So we wanted to be able to have it more organized, especially for our bartenders, so they wouldn’t be so rushed with everything. So we’ve implemented a reservation system where we have three different slots through the evening. Our first slot is a VIP hour that’s from 6-7, and then we have two other slots from 7-9 and 9-11. So that eases the congestion. It also helps us determine how much product to purchase.

Do you have totally different drinks every time?

Right now, it’s pretty different every time. We may retain two or three from the previous event, and then come up with some different drinks for the next event, maybe 3-4. We collaborate with the bartenders to come up with the drink ideas.

Your last event had a post-Valentine’s theme. What’s the theme for the next event?

Our next event is going to be a Tiki theme, so most of the cocktails will be new for that one, because it’s very specific. We’re going to have a really great live performer named Marlena. She goes by Ukelena. She performs at a lot of tiki events. That will be Friday, March 20.

Can you tell me about a couple of your favorite drinks that you’ve served?

I really like the Bloody Valentine that we did for the last event. It had blood orange with mulched strawberries, honey/thyme syrup, and topped with a guafava, which is whipped chickpea juice. It’s a vegan cocktail. Another cocktail that was really cool was called The Golden Snitch, which is a Harry Potter reference. We garnished it with a gooseberry, which is a yellow berry that has this husk that you can pull out that looks like wings. It was almost like a golden milk cocktail—which had tumeric, ginger, and coconut milk. It was pretty healthy, and whimsical.

The next Temperance Bar will be Friday, March 20 at Rialto Cafe in downtown Fullerton. To learn more or make reservations visit www.temperance-bar.com.