Fullerton’s City Treasurer gave a financial budget review report for fiscal year (FY) 2020-21 at the May 5 Fullerton City Council meeting, as the City prepares to create its new budget in the midst of revenue reductions caused by the COVID-19 pandemic.

According to the Treasurer, the COVID-19 crisis has had, and will continue to have, “a negative impact on the economy and has severely affected the City’s operations, economic revenue base, and overall budget.” These losses come largely from decreased revenues in sales tax, hotel tax, and city fees.

The City’s preliminary FY 2020-21 proposed General Fund budget will total $106 million in expenditures and will be supported by a revenue budget of $97 million, with a projected operating deficit of $9 million.

In response to this revenue loss, the City laid off the majority (153 people) of its part-time employees in April. Additionally, full-time city executive positions have agreed to a salary reduction of 10% for the next fiscal year.

Though the Library remains closed, upon reopening, its operating hours are scheduled to be reduced from 61 hours to 34 hours, in order to save the City money.

The City Treasurer suggested further ideas to deal with the proposed budget deficit, and ask for City Council input on these:

•Employee Furloughs—furloughing some City staff for two Fridays per month for the entire fiscal year, which is another way of reducing employee pay.

•Meeting with all departments to discuss eliminating any “non-essential” programs.

•Using up to $2 million in reserve funds.

Fullerton is in the process of applying for the Federal Emergency Management Agency’s (FEMA) public assistance program, which could provide funding of up to 50% of the City’s eligible projected emergency operations costs.

The Police Department is applying for Coronavirus Emergency Supplemental Funding Program grants administered through the US Department of Justice. The Fire Department Staff is also applying for grants to recover costs related to the current crisis.

The original CARES Act passed by Congress gave financial assistance to states and local governments with populations above 500,000, which did not apply to Fullerton, whose population is approximately 140,000. However, there is the possibility that relief for smaller cities such as Fullerton could be included in the next federal relief bill.

The budget, which is still being prepared pending input from City Council and the public, will be submitted City Council for consideration and approval at the June 2 Fullerton City Council meeting. Residents may give their input by contacting the City Clerk (CityClerksOffice@cityoffullerton.com) or by e-mailing the Mayor and Councilmembers directly (www.cityoffullerton.com/contact/city_council.asp).

After listening to the presentation, each Fullerton City Council member weighed in on their priorities, and what cuts they are willing to make. 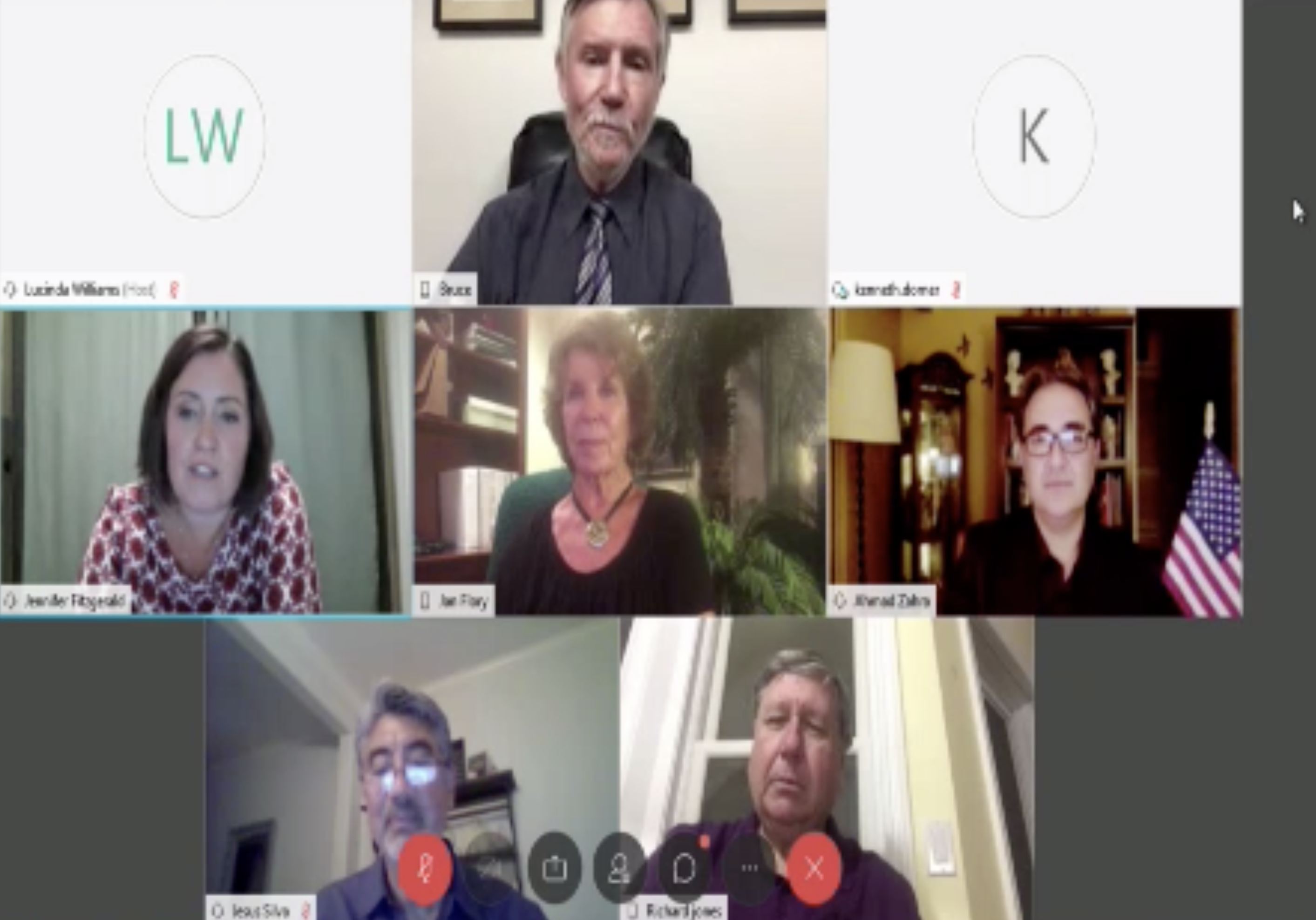 Fullerton City Council held their meeting via videoconferencing on May 5.

Mayor Fitzgerald said that she was not interested in dipping into the City’s reserve funds. “It’s time for all of us to decide what are the core services that a city has to provide its people. In my mind that is public safety, roads, sewer, and water. Everything else is on the table to me,” Fitzgerald said.

Fitzgerald suggested the following ideas for further cuts: re-evaluating the City’s funding of the Muckenthaler Cultural Center, letting the County take over operation of our public library, City Council members taking a 10% reduction in their monthly stipend, considering the sale of “every property this city owns,” and combining services with other cities through the North Orange County Joint Powers Authority.

Fitzgerald clarified that she enjoys city services, and that these cuts would be a “worst-case scenario.”

Councilmember Ahmad Zahra expressed frustration that he had not been consulted in the City’s decision to lay off most of its part-time employees. “We need to engage our rank and file, get feedback, and not look at this as just numbers, but look at this as our workforce, our employees who have families, the ones who are out there doing the services day in and day out,” Zahra said.

He said he was not comfortable with the county taking over the Library. He suggested that the City review its private contracts, such as consultants, to look for cuts and savings. “I hope our residents participate and give us input on what is important to them,” Zahra said.

Councilmember Bruce Whitaker said, “We have to consider layoffs and/or furloughs in areas where services are not being provided or cannot be provided. Since labor costs are the largest portion of our city government expenses, all these things need to be considered. So even though it sounds harsh, believe me, it’s less harsh than the rest of the economy is suffering in this lockdown.”

Councilmember Jesus Silva said he was okay with re-considering the City’s funding of the Muckenthaler Cultural Center, with taking a 10% pay cut, and possibly selling surplus city-owned properties. He is not, however, willing to have the County take over the Fullerton Public Library.

Mayor Protem Jan Flory said, “If there were a way for the County to take over the library, but we could still maintain the [Library] Foundation, the Friends [of the Library], there is a possibility that that could work, and I think we should explore that because…the County has a heck of a lot more funding than the city of Fullerton has.” Flory said she was not interested in de-funding the Fullerton Museum Center.

“The Fullerton Museum Center and the Plaza seem to be a hub for this city,” Flory said. “I would hate to see that let go. It would be a priority for me to maintain that because a lot of good people are involved in that too and it is the historical heart of our downtown and of our City.”

Mayor Fitzgerald concluded, “The people of Fullerton love the way services are delivered here now, and they don’t want to give up anything, from the Library to the Museum, to the Muck, to public art, to everything that we offer. And I don’t want to give it up either. But we’ve got to establish priorities, especially during tough times.”

Before discussing these potential budget cuts, City Council voted 5-0 in a separate action to temporarily defer collection of certain fees that developers must pay, called Development Impact Fees. Fullerton collects fees to offset impacts created by new development. These impact fees provide funding for both new infrastructure and for improvements to existing infrastructure, including street circulation, and park development.

The purpose of deferring these fees during the COVID-19 pandemic, according to staff, is because “development activity in Orange County is projected to experience substantial negative effects due to the COVID-19 pandemic” and deferring fees is “a valuable incentive to both the developer and lender because it reduces the time between the investment of money into a project and realizing a return on that investment in the form of sales or leasing of the building.”

This will affect several sizable developments in various stages of review within the City, such as Brandywine Homes (a 33-unit condominium development at 751 Bastanchury Road) and three other sizable multi-family residential developments, which are currently in preliminary review. There are also several industrial projects, including the Goodman Logistics Center at the former Kimberly-Clark site, which may also be eligible.

The ordinance will be in effect for one year from the effective date, unless extended for one additional year by further action by the City Council.