Officers from the Fullerton Police Department responded to the Fullerton Airport to investigate an aircraft that ran off the runway on May 20. The single engine aircraft struck a fence on the west side of the airport. The collision by the plane caused a hole in the fence and minor damage to the plane. Fortunately, there were no injuries. 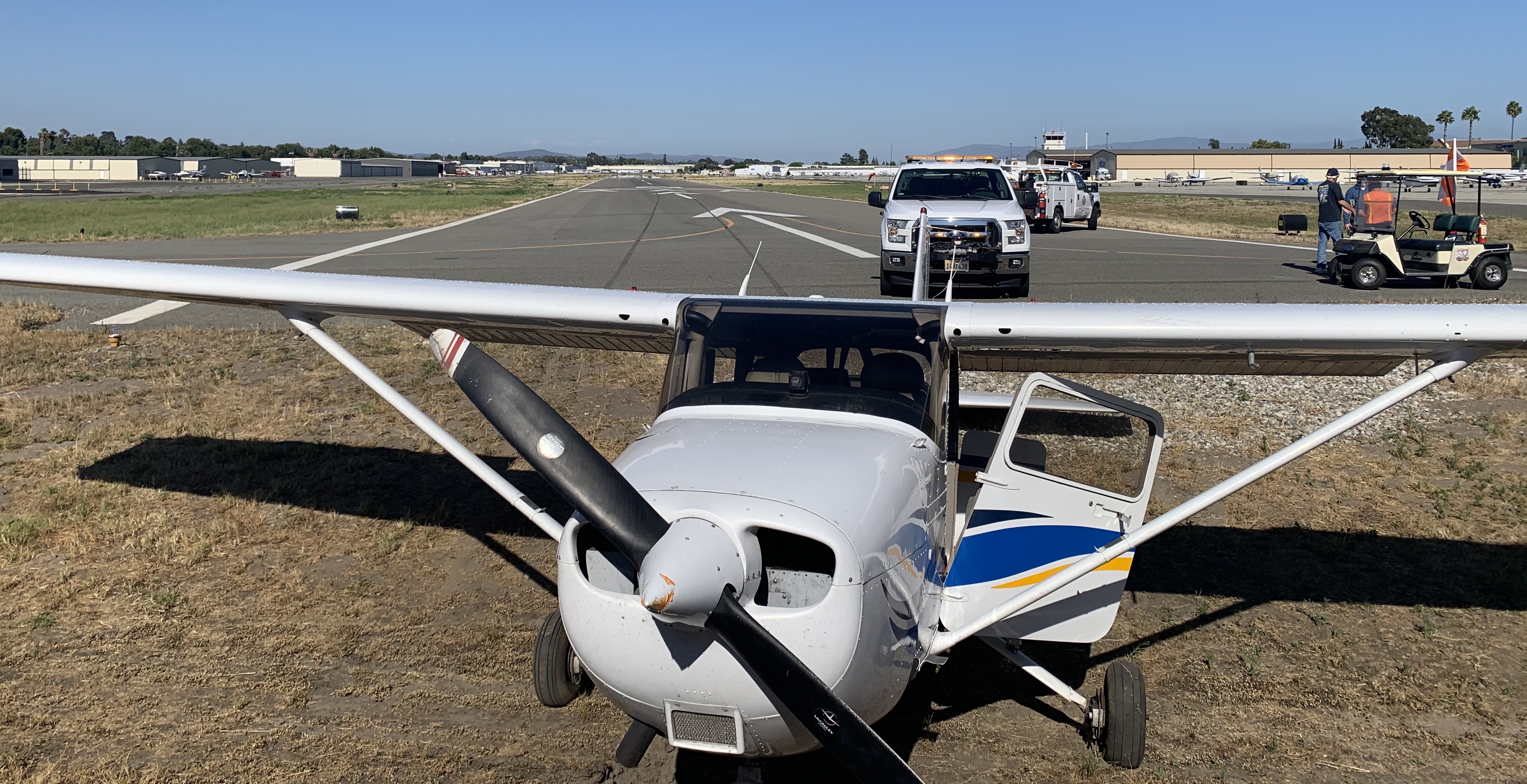 Photo of the airplane courtesy of the Fullerton Police Department.

When officers arrived on scene they made contact with Christian Estoque of Covina who identified himself as piloting the airplane. While speaking with Estoque officers noticed inconsistencies with his statement. Notably, officers discovered that Estoque did not possess a pilot’s license. Upon further investigation officers discovered that the Cessna 172 piloted by Estoque was stolen from the Chino Airport. Estoque was placed under arrest and charged with Grand Theft and theft of an aircraft. The Federal Aviation Administration responded and conducted an investigation.

This investigation is on-going. Anyone with information regarding this incident is encouraged to contact Sergeant Clyde at (714) 738-6720 or bclyde@fullertonpd.org. Those wishing to provide information anonymously can contact Orange County Crime Stoppers at 855-TIP-OCCS, or by visiting their website at www.occrimestoppers.org.