Petition Succeeds in Effort to Remove Plummer Name from Auditorium

Fullerton Union High School District Superintendent Scott Scambray announced last week that they have made the decision to remove the name of Louis E. Plummer from the auditorium next week at the Board meeting on June 16. The decision was made in response to a petition started by Jacqueline Logwood that has been circulating in Fullerton in the last few weeks urging the removal of the name due to Plummer’s ties with the KKK.

“When I first saw that the petition was a success, I was overwhelmed with gratitude. I am so proud to be a member of such a comprehensive and responsive community and I’m very thankful for all of the support I have received,” Ms. Logwood said.

Jacqueline Logwood, a Fullerton native and current student at UC Riverside, started the petition to change the name of Louis E. Plummer Auditorium because of Plummer’s active membership in the Ku Klux Klan in the 1920s. She learned about Plummer’s past from Maddy Marks, a friend who attends Fullerton College, who found the information on the Fullerton College Library website. Ms. Logwood decided to do something about it. “I thought, ‘This is just wrong.’ The name should be changed,” she said. 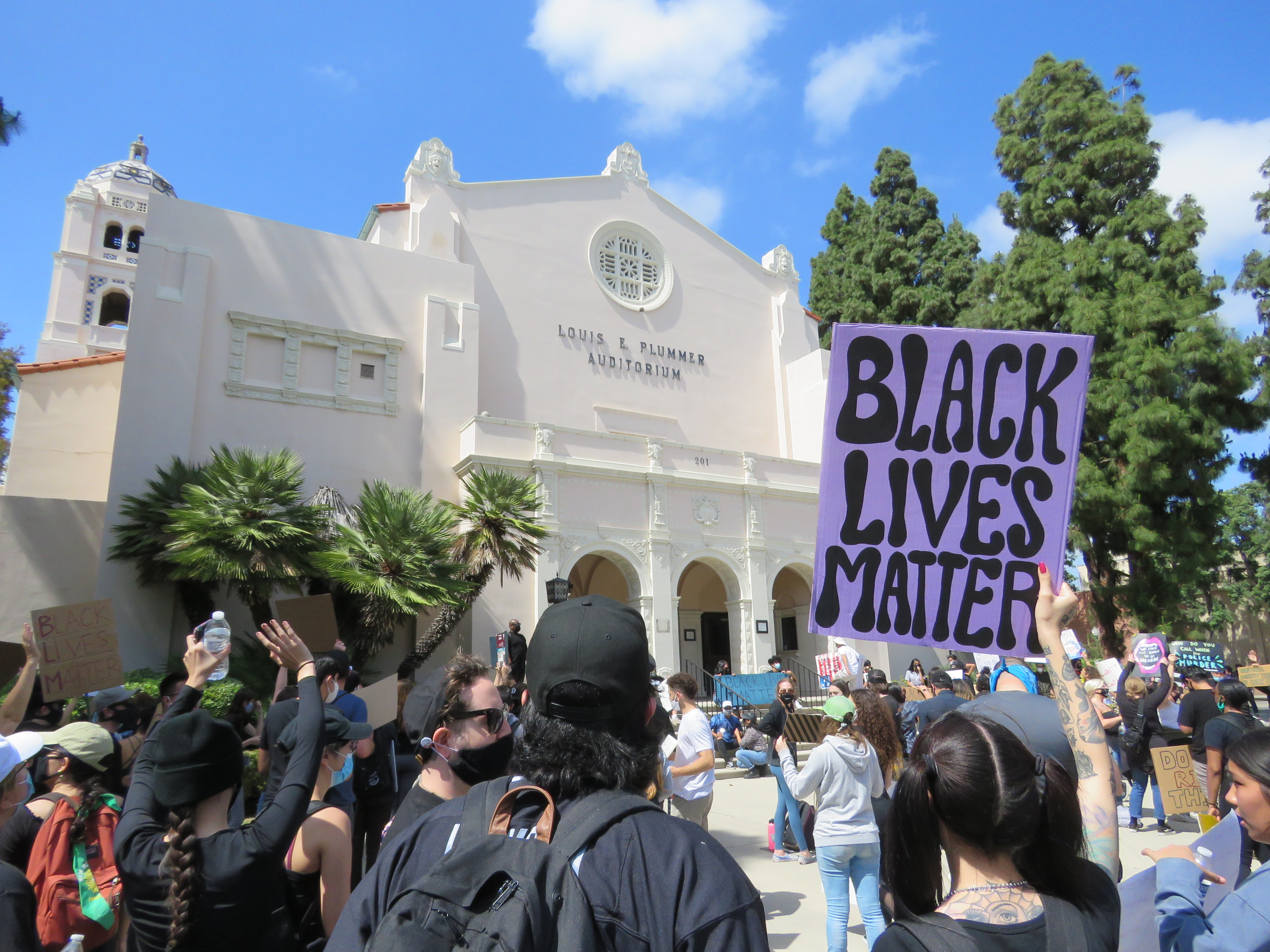 She posted the information on Twitter and got more responses of support than she had ever gotten on a single post. She then created the petition to change the name and emailed a “bunch of people” to spread the word. In a matter of only 3 or 4 days, over 20,000 people had signed the petition. After 23,000 signatures, she set a new goal of 25,000.  The most recent count as of Friday, June 12, was 25,292.

Ms. Logwood then emailed Fullerton High School District Superintendent Scott Scambray and he told her the petition was on the agenda and would be discussed at the School Board meeting on June 16. The announcement to remove Plummer’s name was made a week before the Board meeting. The auditorium sits on the north-west corner of Lemon and Chapman on the Fullerton Union High School campus and is owned by the high school district.

Ms. Logwood used social media to publicize this cause. “I’ve only gotten a few negative comments about changing the name, and they have been on Instagram, but mostly the responses have been very positive,” Logwood said. “Some of these comments are from people who say we shouldn’t change history, but this history has been painful to many people,” she said. “I think the key to battling ignorance is knowledge. If we do succeed in changing the name, someone suggested putting a plaque on the front of the building next to the door explaining that the name used to be Louis E. Plummer Auditorium but was changed in 2020 because of his affiliation with the KKK. That way, we don’t forget the past, we educate people.”

“This is not a new issue. It has been simmering for years but hasn’t gone anywhere. There have been other protests—but this is the time,” Logwood said.

Jacqueline Logwood grew up in Fullerton. She attended Orangethorpe Elementary, Parks Junior High, and Sunny Hills High School.  “I think I’ve always been an activist. At Sunny Hills, I started the BSU (Black Student Union), but when I left, there was no one to keep it going. Even if I hadn’t succeeded with my petition, at least I would have put the message out there,” she said.

The petition is online HERE.

The agenda item for the June 16 FJUHSD Board meeting, which will be held via Zoom at 6pm may be viewed HERE.

The agenda item states the following:

The historical record indicates that Louis Plummer was associated with the Ku Klux Klan. The KKK is known to have engaged in acts of violence and terrorism against minority populations. Louis Plummer’s association was noted in a 1979 doctoral dissertation by Christopher Cocoltchos (UCLA) entitled The Invisible Government and the Viable Community: The Ku Klux Klan in Orange County, California During the 1920s.  Cocoltchos writes, “Plummer was . . . a leader in the Myers-led Klan.” (page 288).

A facility named for someone associated with the KKK is at odds with both Board Policy 0100 (a) Philosophy and Goals and Board Policy 0145:  NONDISCRIMINATION (Educational Programs or Activities) “The Fullerton Joint Union High School District shall not discriminate on the basis of race, color, religious background, national origin or ancestry, ethnic group identification, marital or parental status, gender, sex, age, physical or mental disability, gender preference or sexual orientation or the perception of one or more such characteristics, or economic status in the educational programs or activities which it operates for its students.” 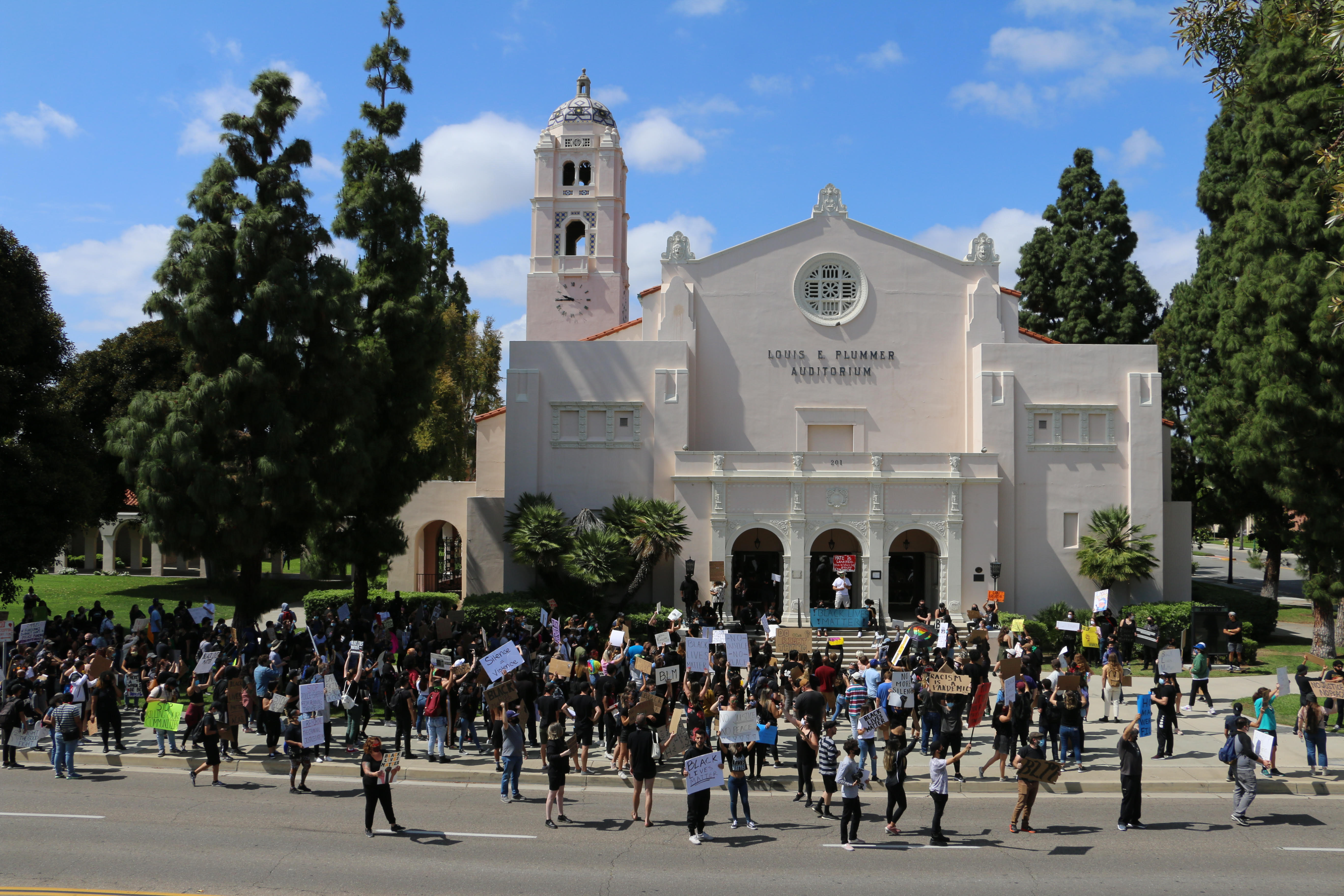