You have read much regarding the Louis E. Plummer Auditorium here lately. Suffice it to say the Fullerton Joint Union High School District board members voted to remove the Plummer name due to his connection to the KKK. Here is a photo as it now stands. We will follow up regarding renaming the auditorium. For now, it’s simply ‘Auditorium.’ 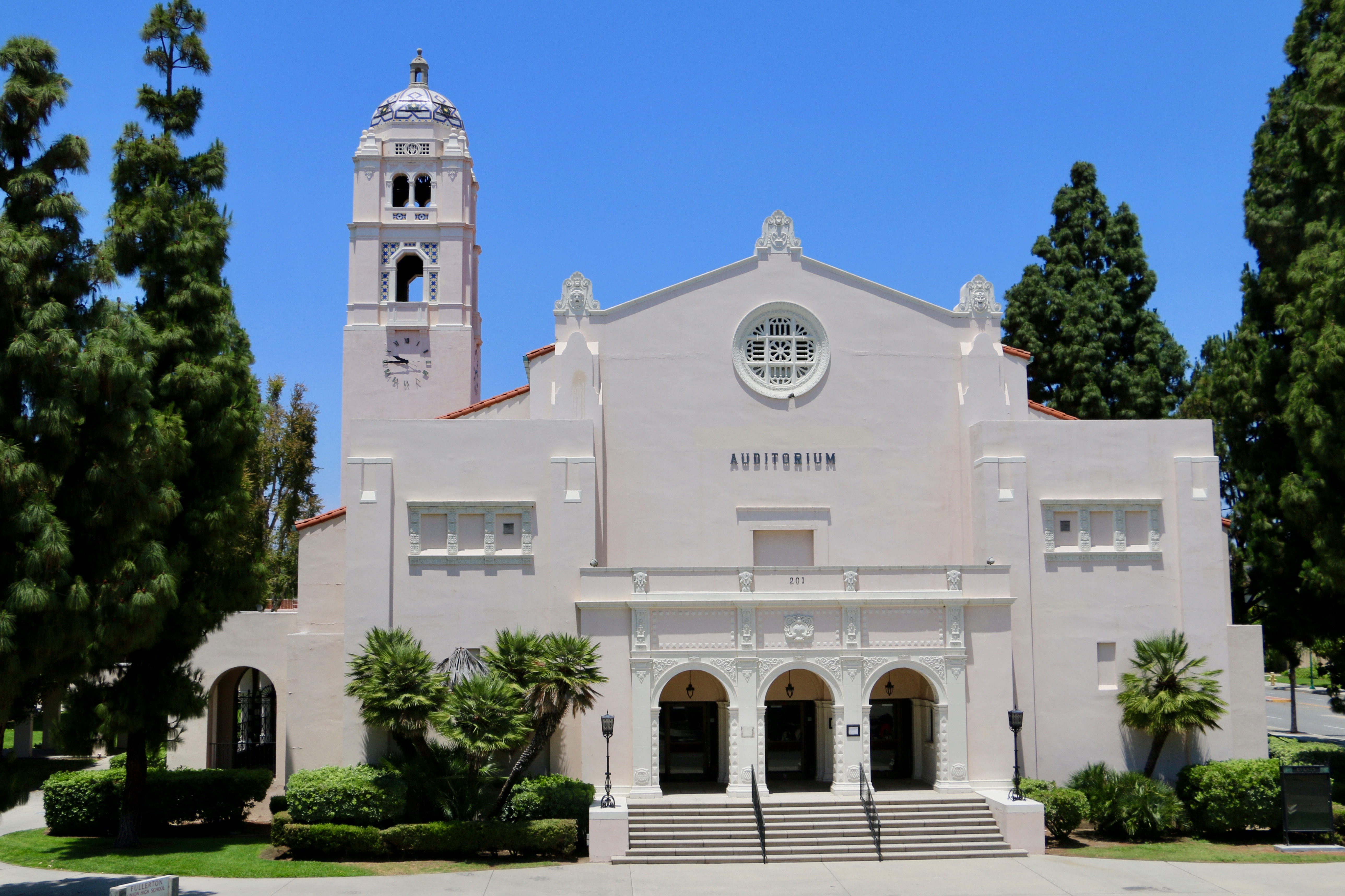 Leo Fender is one of Fullerton’s most famous residents–the man who started Fender guitars and amplifiers here in Fullerton. But what was the original location of Fender’s famous Radio Shop downtown? When local business owner Julie Rasmussen moved into a former travel agency location on Commonwealth, she discovered some interesting artifacts, and recently gave them to me knowing I have a few downtown items. One was a bottle from R.C. (Dick) Johnson’s Liquor Store at 112 S. Spadra [now Harbor Blvd].  Thanks to Cheri at the Fullerton Library (she came through once again), we discovered there is a record of RC Johnson being at that address in the 1936 directory, then suddenly he was gone in 1937. 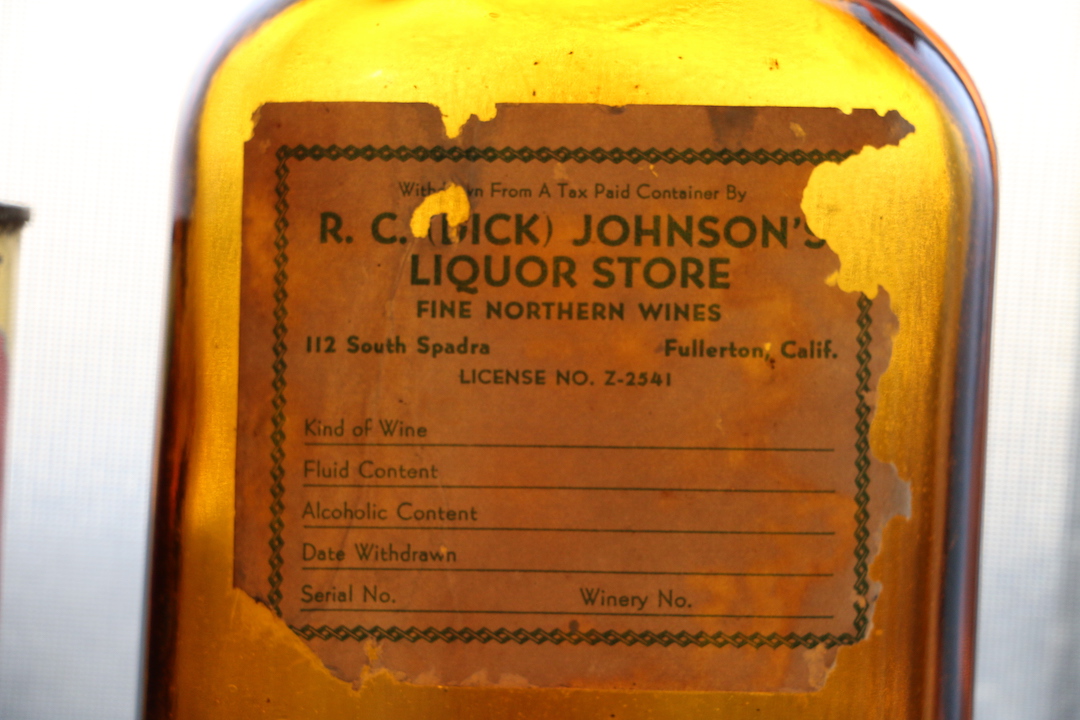 After doing some additional research, I found a partial ad for [Leo] Fender’s Radio Service, showing that address as well. Puzzling since the local historical landmark plaque for Leo Fender’s address is 107 S. Spadra, not 112 as indicated in the ad. Not being certain why the addresses did not match, it was time to look further, and that led to this 1940s-era phone book. It seems Leo actually first opened his repair shop across the street and it was there where Hale’s Liquor was located after Leo moved to 107 in 1945. 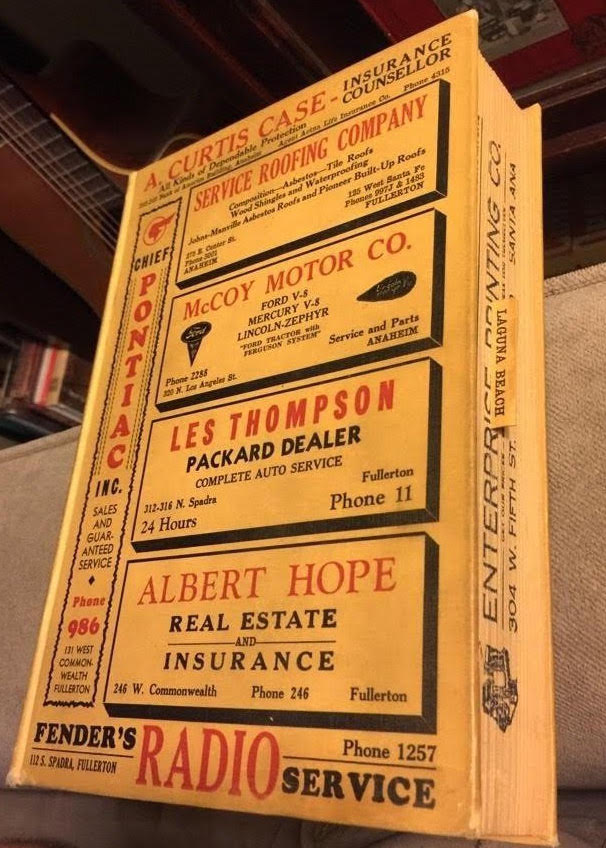 So, Fender’s Radio “Shop” opened in 1945, and the infamous tin shed behind the shop is where he tinkered with WWII surplus parts and eventually came up with his world-changing amplifier and guitar designs. Leo sold the building to Dale Hyatt in 1949 but continued to use the building until it sold again in 1951. We found the word ‘shop’ in yet another ad and in a photo of the sign from the mid-40s. 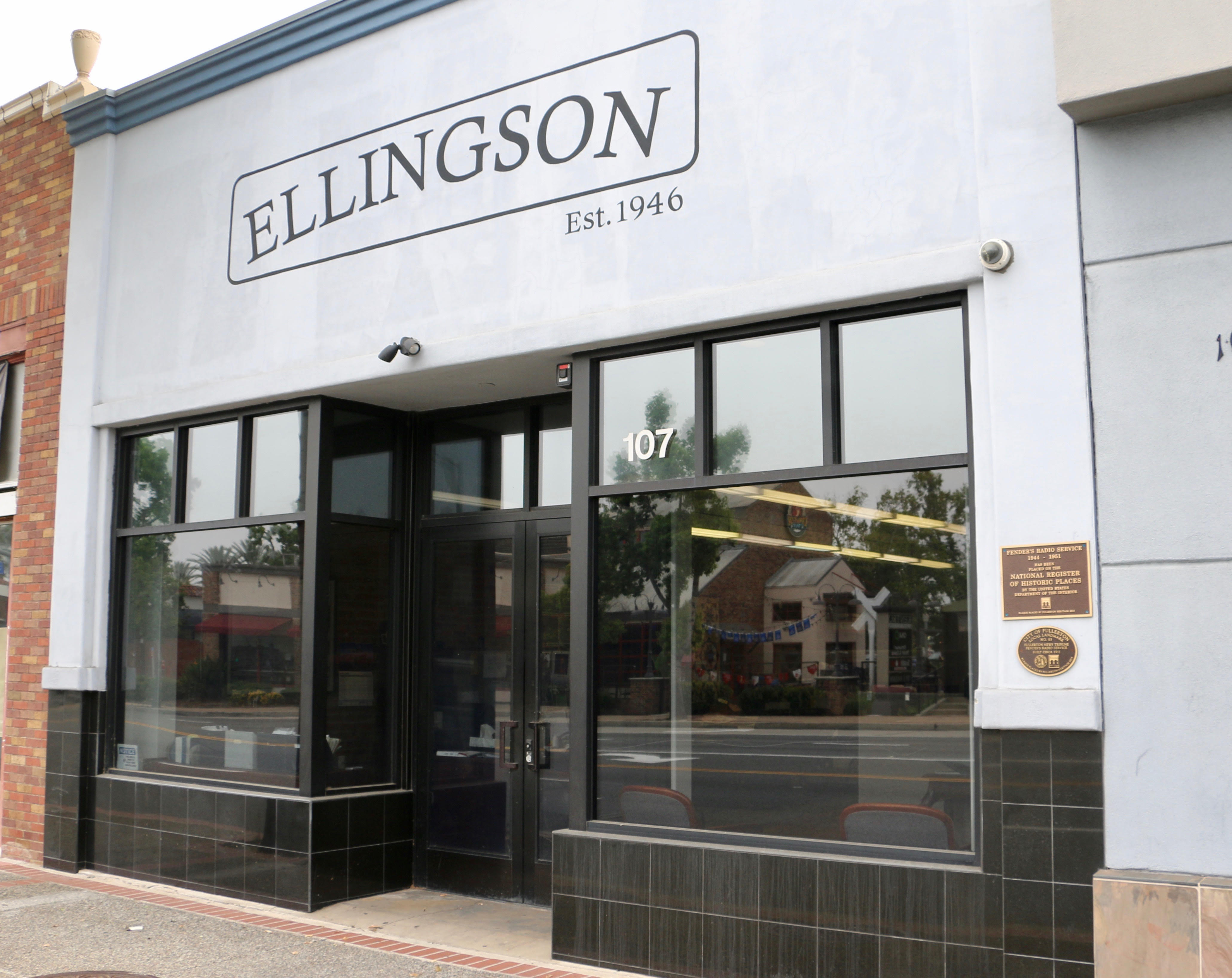 I had a long talk with Thomas Ellingson, whose family owns the building, many years ago and he confirmed Fender’s many trial and error guitar and amplifier designs, and  issues with wood-warping due to the lack of insulation in the shed, etc. Ellingson opened in 1946, and his business is still family-operated today.  The Ellingson family owns the historic building and that is where their offices have been since Have Music Will Travel moved.

The ribbon-cutting on June 18 was unusual and the space is unique. Who would have ever expected to one day be standing on the sidewalk and being asked, “Can I get you something?” Strictly verboten until now, but this is an innovative way to generate some business downtown and create outdoor space for many to finally get out of the house. Recent exposure on a local TV news channel had to help, too. Expect Walk on Wilshire to be there at least until the end of the year, and expect it to become more and more popular. 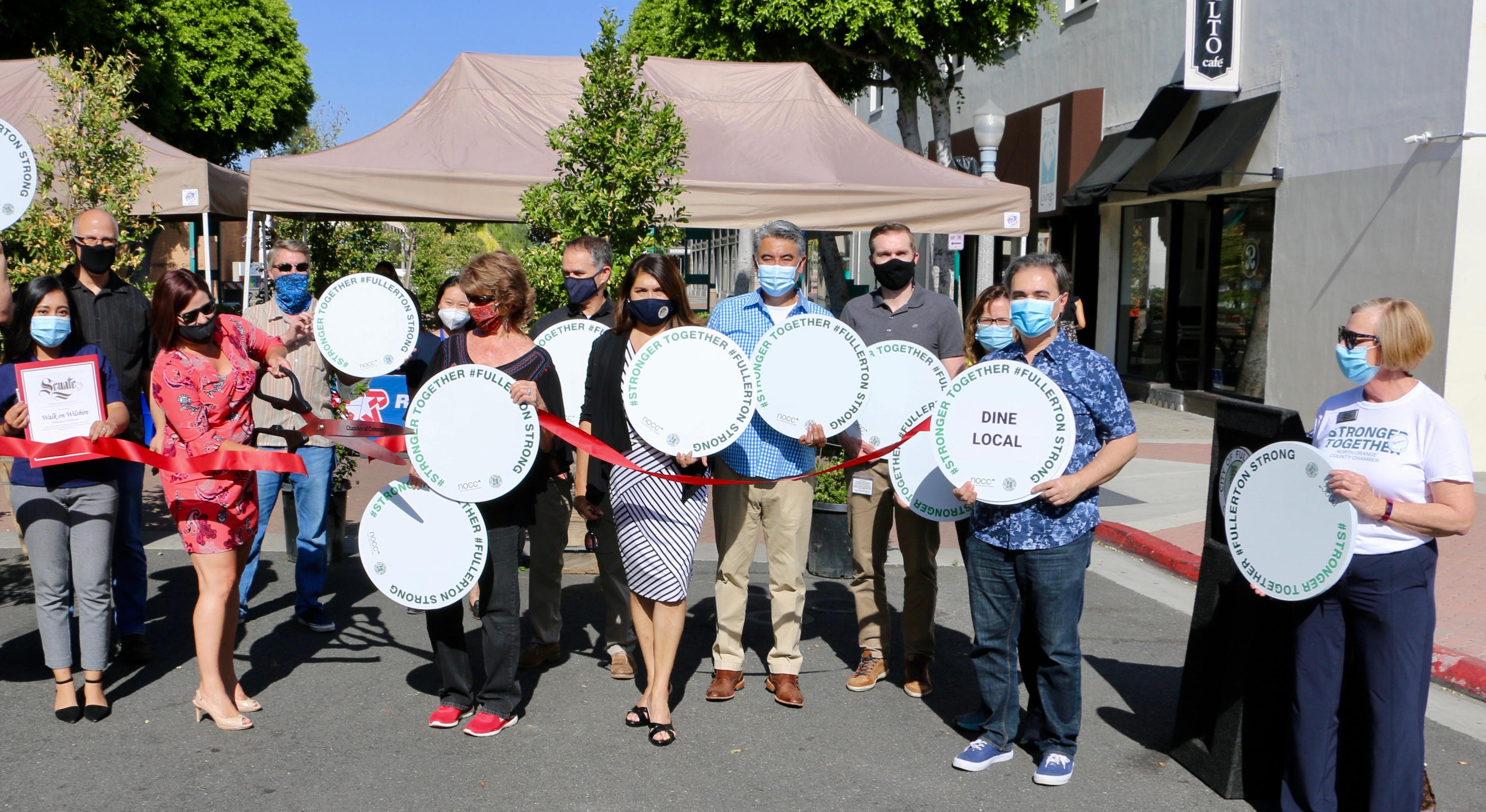 Mayor Jennifer Fitzgerald cuts the ribbon as many dignitaries look on. 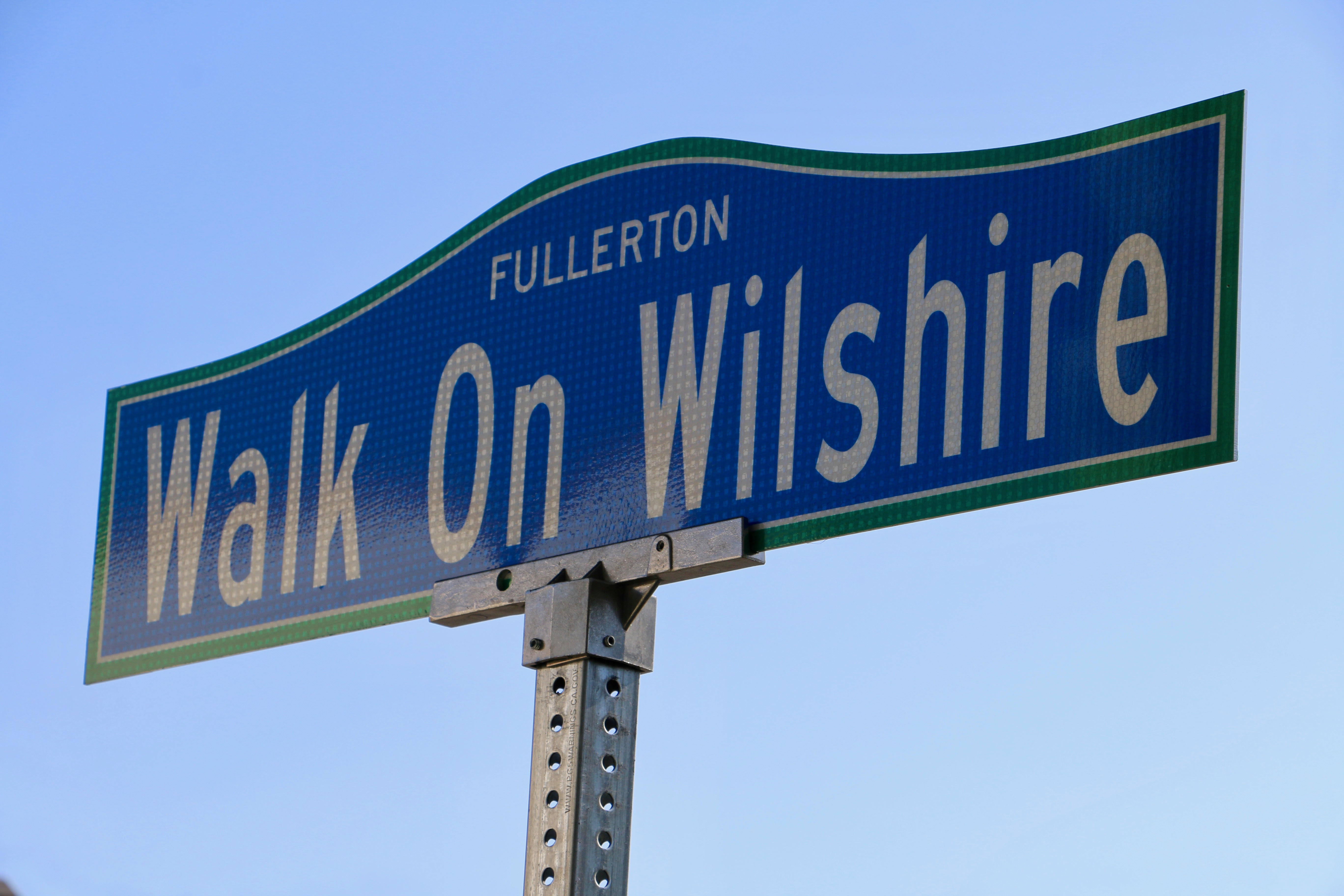 In the past, we had our DOM Queen and many live venues all over town. Of course, everything has changed this year, but many still participated in a new twist on Day of Music, and you can still see videos of some compelling performers. Just head to Day of Music Fullerton on Facebook and check it out.  You will find a treasure trove of photos as well. We have to believe next year will be a return to live performances and audiences. Stay the course and turn it up! 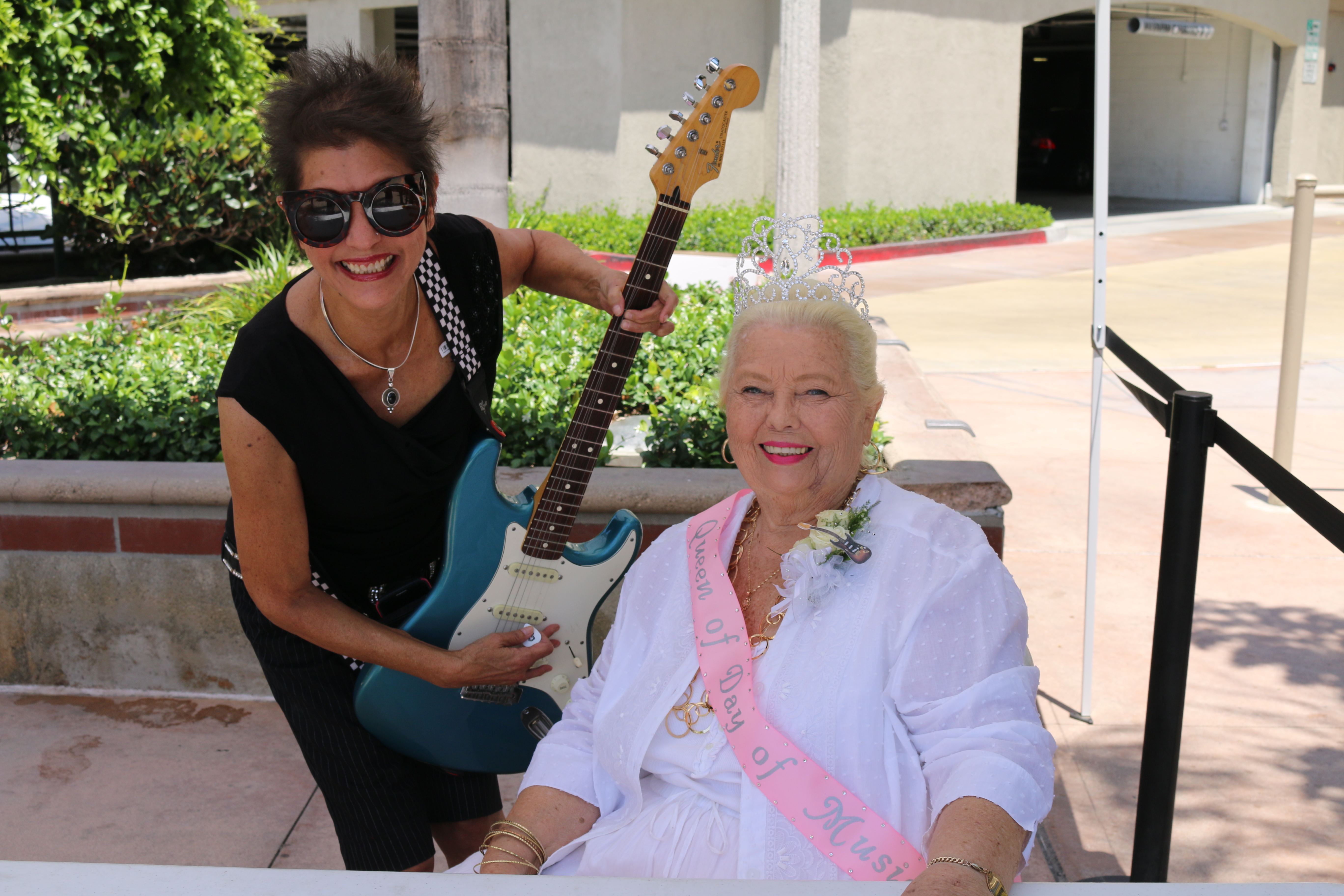 Phyllis Fender was the Day of Music Queen in 2015. Here she is with Sunbie Harrell.

This issue: What is this and what was the address of this business? Send answers to AllMedia@sbcglobal.net. 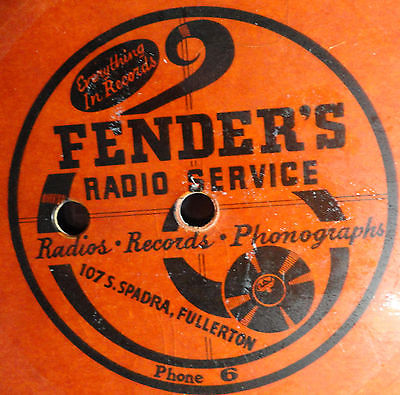