Allowing Some 17-Year Olds to Vote: A Closer Look at Prop 18

Californians are voting on a number of propositions that deal with a wide variety of issues this election season. Here’s a closer look at Proposition 18, which deals with allowing some 17-year-olds to vote. This is a summary of information taken from the official California voters guide and the website Ballotpedia.

Proposition 18: Amends California Constitution to Permit 17-Year-Olds to Vote in Primary and Special Elections if They Will Turn 18 by the Next General Election and be Otherwise Eligible to Vote. Legislative Constitutional Amendment.

Proposition 18 would allow 17-year-olds who will be 18 at the time of the next general election to vote in primary elections and special elections.

As of June 2020, 18 states, along with Washington, D.C., allowed 17-year-olds who will be 18 by the time of the general election to vote in primary elections. 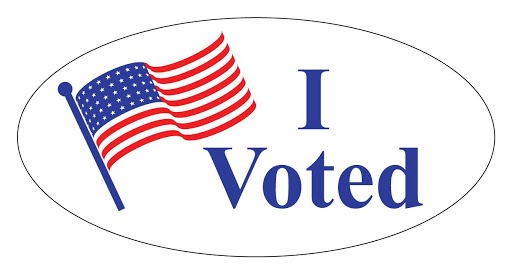 We need youth voices to be represented at the ballot box. Allowing some 17-year-olds to vote in primary elections if, and only if, they will be 18 by the time of the general election is a simple way to amplify the voices of young voters throughout California and will lead to a more inclusive election process for our state overall.

Youth are extremely underrepresented in our electoral process despite the fact that they are heavily impacted by the policies created by those elected.

Prop 18 is an opportunity to empower California’s youngest voters and encourage them to become life-long participants in the most fundamental act of democracy. Please support Proposition 18.

A 17-year-old is not a legal adult. Both the federal and California governments have set the age of legal responsibility at 18. In California, an individual even one day younger than 18 may not enter into a legal contract, or even use a tanning salon. Seventeen-year-olds cannot even participate in a school field trip without a permission slip signed by a parent or guardian.

California law puts extra rules and restrictions on drivers licenses of l6- and 17-year-olds because of concerns about maturity and judgment. The license restrictions disappear exactly on the 18th birthday, not before.

California’s primary ballot often includes school tax and bond measures for voter approval. Unlike adult voters, 17-year-olds who are still in high school are likely to hear only one side of these issues.

If 17-year-olds are allowed to vote in primary and special elections, perhaps even filling out a mail-in ballot right in the classroom, these students could provide the margin to approve new debt and taxes that will greatly burden their parents and all taxpayers.

Voting is a serious responsibility. In California elections, voters decide who will hold the power to make and enforce laws, whether to approve new debt that taxpayers will have to pay, whether to raise taxes, and many other complex issues.

• Monterey County Board of Supervisors

• The San Diego Union-Tribune Editorial Board

Groups opposed to Prop 18 include:

• The Orange County Register Editorial Board