Sylvia Mendez, whose family was among the five families who won the landmark school desegregation case Mendez v. Westminster, received the 2020 “Warrior Award” at the 16th Annual Women in Leadership Forum on November 18. Due to COVID-19, there were no other awards given or speakers as in past years at the virtual event. 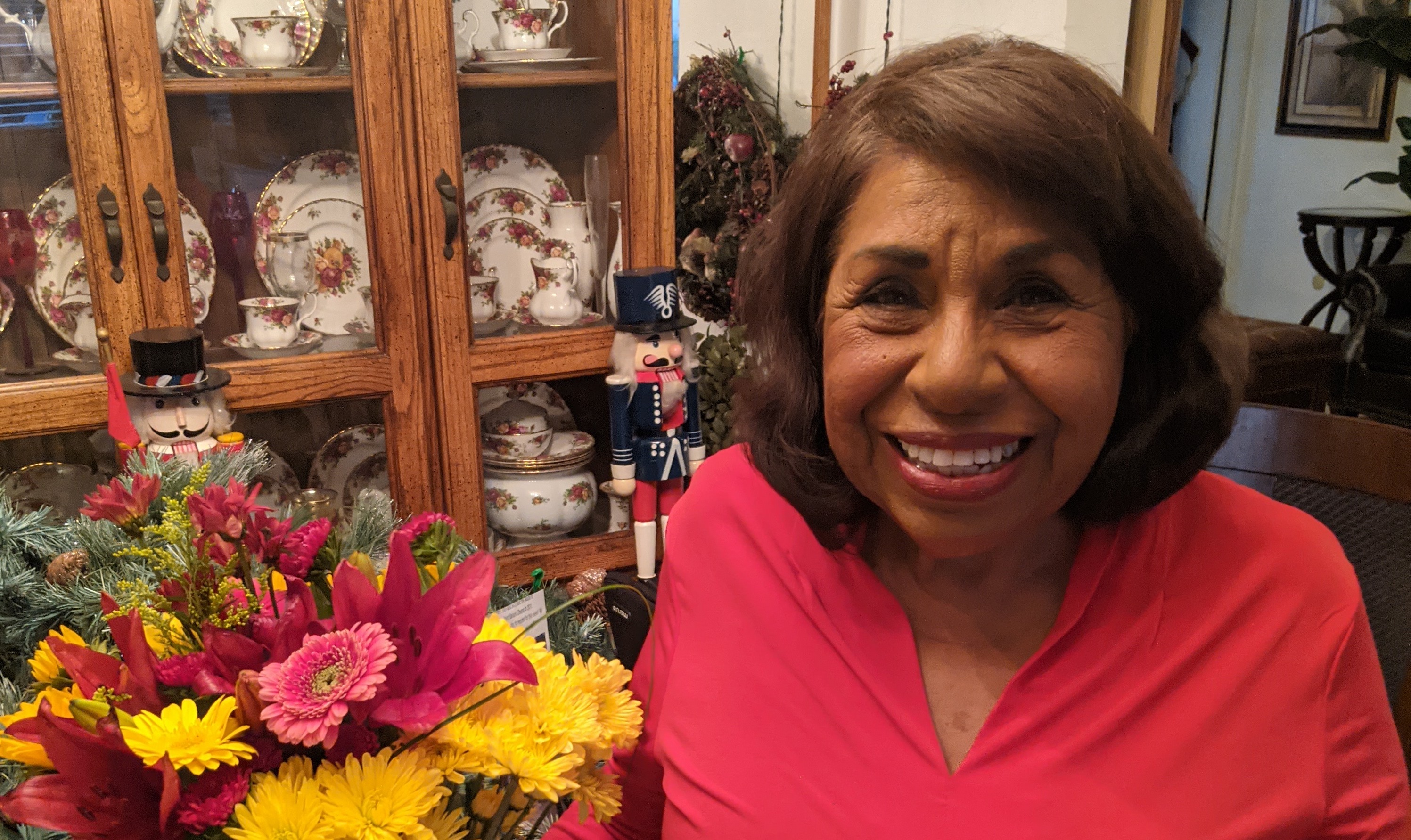 Women’s Club of Fullerton President Mary Torres presented the award, along with past and present Fullerton City Councilpersons Pam Keller, Jennifer Fitzgerald, and Jan Flory. Assemblyperson Sharon Quirk-Silva spoke briefly as the creator and past host of the event when she was a Fullerton Councilperson, a teacher, and raising her children. A former honoree and now Congressperson-elect Young Kim was included in the opening program as well. Quirk-Silva, noting that she and Kim had run for the District 65 Assembly seat against each other, said she and Kim are warriors too, who have “been through what we call the good, bad, and ugly of politics.”

Keller introduced Mendez exclaiming, “History happened right here!” She listed the myriad ways Mendez and her family have been recognized for the landmark civil rights case, Mendez v. Westminster, that first established “separate is not equal” in California, pre-dating the US Supreme Court case, Brown v. Topeka Board of Education. Among the Mendez family honors are recognition from the City of Fullerton, a US Postage Stamp, schools named for her and her parents, and her receipt of the Presidential Medal of Freedom from Barack Obama.

There are children’s books that tell her story. One, Sylvia and Aki, tells the story of her and her childhood friend, Aki Munemitsu. Aki and her family were forced from their home in Orange County to live at Poston Internment Camp in Arizona during World War II because they were of Japanese descent. The Mendez family began renting the Munemitsu’s farm in Westminster during that time and that is how the landmark case began.

When her aunt took 8 year old Mendez and her brother along with their lighter-skinned cousins to enroll at the neighborhood school, her aunt was told to take her and her brother to the “Mexican” school. Her father, Gonzalo, asked the school principal why they could not attend the school they lived next to and was told it was because they were Mexican.

Her father contacted attorney David Marcus who had argued and won the right for Latino’s to be in public parks in Riverside. Marcus filed a Class Action suit to challenge the segregated schools in Westminster, Garden Grove, and Orange (then El Modena) on behalf of the children in the Mendez, Guzman, Estrada, Ramirez, and Palomino families. They won and the school district appealed, but the appeals court upheld the prior decision.

Mendez said it was a “smooth integration,” not like integration in the south in the 1960’s.

When Mendez retired from a career as a nurse, she began telling her family story as a promise she had made to her mother. 20 years ago, Mendez told the story for the first time to ninth graders at Garden Grove High School. Her goal since then has been to have it taught in all schools. Teachers, who wish to, may teach about it, but she really wants it included as a statement in history texts in conjunction with Brown v. Board of Education, for students to know, it happened here first.

She said her story has never been just about her family, but about equal education as a “basic human right.” She said that while she was part of ending de jure, or legally enforced, segregation, today there is still de facto segregation because of economics. 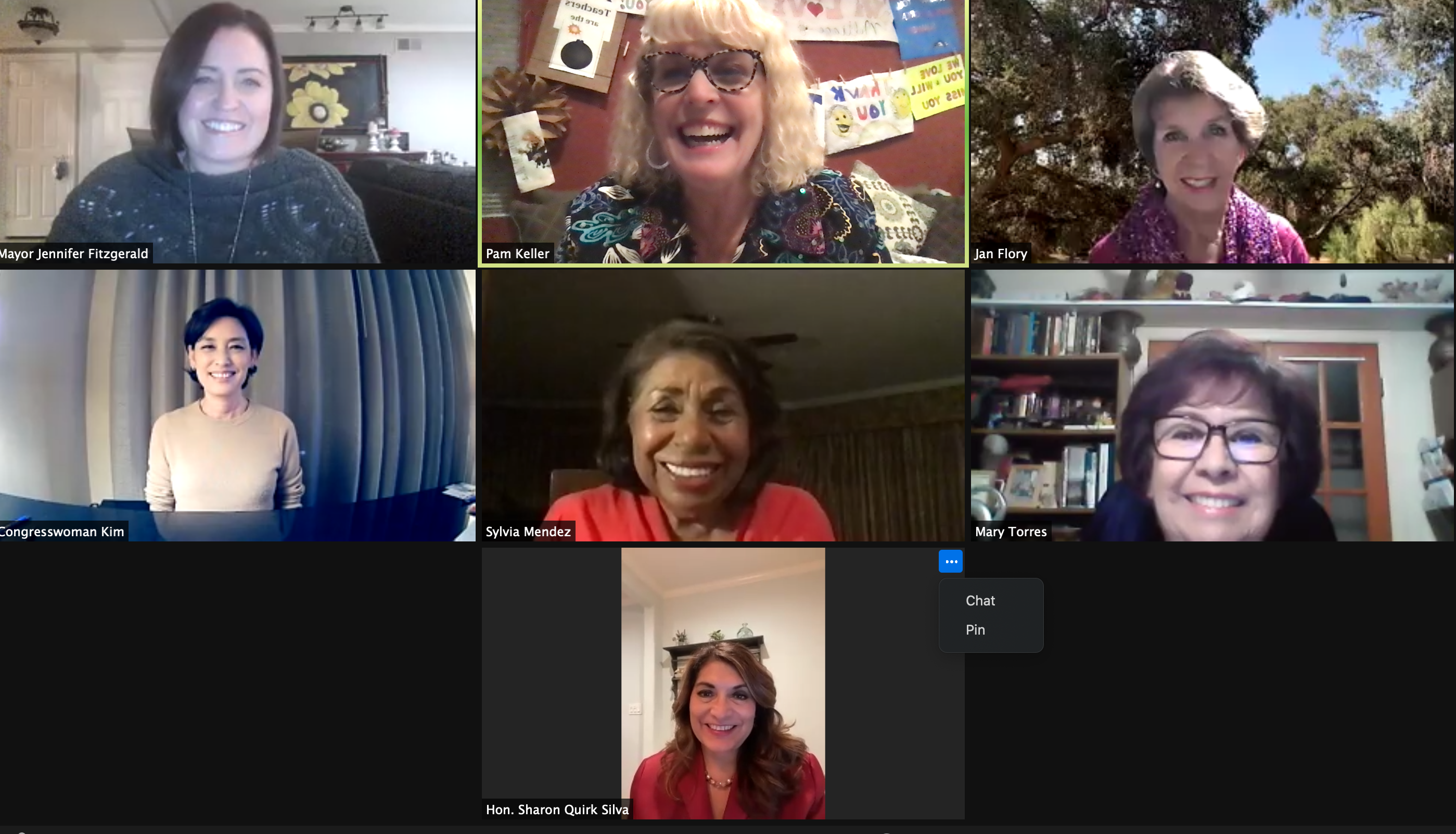