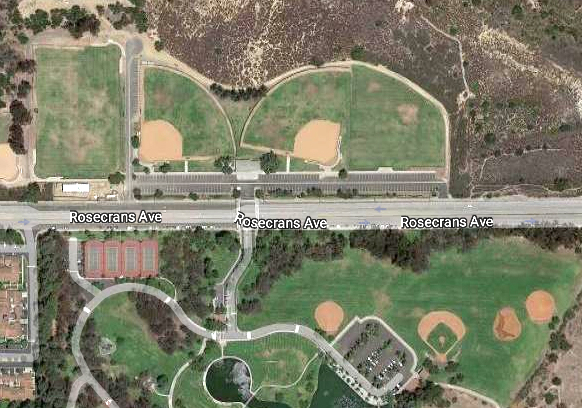 Google View of the fields at Clark Park

The City of Fullerton has officially taken over the county license of Clark Park Complex and will be programming all fields. The complex had been under a license between OC Parks and the nonprofit Fullerton Junior All American (Bears) – which should have been good through 2021.

But, the league was sent a termination notice in February that the permit would end effective March 3rd. Turns out they weren’t the only ones losing an OC Parks permit as the city gained one.

The Elite Development Academy Girls Soccer, another Fullerton non-profit sports team, had a permit with OC Parks from August 2018 through February 1, 2019 for field 5 of the Clark Park Complex. When the Academy went to renew its permit with the county in January, they were told that the City of Fullerton would be taking over programming at the field and they would have to talk to them about playing there.

After their permit was not renewed, Elite contacted Fred Jung of the Bears who still held a county license for the Clark Park fields at that time. The Bears gave Elite use of a field for $25 per session.

But, now that the Bear’s license with the county has been terminated,   “We have nowhere to play,” said Chris Hackett who founded the club in 2016.  “We are only one team of twelve 10-year-old girls and don’t take up a lot of space.”

In a one-day reprieve the Bears learned their fate at a meeting with county and city officials concerning the early termination of their license which appeared to be triggered by a series of accounting errors on the county’s part. But, oddly, correction of the accounting errors did not reverse the termination.

“It seemed that prior discussions had been held,” said Mr. Jung, “and that we were just there to hear the final decision.”

The meeting took place at the county offices on March 4, facilitated by OC District 2 Supervisor Michelle Steele, after District 4 Supervisor Doug Chaffee (who represents Fullerton and area on the board) failed to respond to calls from the Bears. Present were Mr. Jung, leader of the Bears, OC Parks Director Stacy Blackwood, City of Fullerton Parks and Recreation Director Hugo Curiel, and Chaffee’s assistant chief of staff (Chaffee was unavailable).

At the meeting, OC Parks Director Blackwood indicated the county was not interested in continuing to license individual teams at a yearly rate (the Bears contract indicated they would pay the county $9,540 per calendar year). The new license with the City of Fullerton requires no payment to the county but the city takes over the expense of all field maintenance, repairs, storage units, and trash removal.

Blackwood said she would get back to Mr. Jung about reimbursement of the investment of over $18,000 in improvements the Bears made to the previously dilapidated complex, including the permanent score board. Blackwood said OC Parks was willing to allow the Bears to operate through their spring season which has just begun.

However, City Director Curiel countered that plan saying that Fullerton City Manager, City Council and Parks and Recreation were not interested in taking over the fields if another group had priority. Curiel said soccer and softball teams want to use the fields and that the city was only interested in taking the park over if it can program it the way it wants.

Both the Bears and Elite originally sought, then District 4 OC Supervisor Shawn Nelson’s, help to get a county license of the unused fields at Clark Park because of the manner in which the City of Fullerton allocates fields. The city system in place gives priority to some sports groups over others. There are longtime complaints from other teams concerning the city’s preference for certain groups including the Rangers, the largest soccer league in Fullerton. This partly due to its access to choice fields and play time, according to other leagues in the city. The Bears are the second largest football league, Mr. Jung said, serving 600 players per season.

According to several team leaders – the city should be happy to have some city teams out of the Parks & Rec field rotation system. And why, said another, with all the road and infrastructure problems, is the city looking to take on the extra expense of field maintenance?

Conflict of interest issues thought to influence city field allocation decisions have been brought up previously and include that Sean Fitzgerald, Fullerton Mayor Protem’s husband, is a Ranger’s boardmember. Complaints of unfair treatment of community sports groups have a long history in Fullerton. A Mid March 2012 Fullerton Observer article “Is There a Level Playing Field in Fullerton? Not Everyone Thinks So” showed Rangers Soccer with the lion’s share of playing fields and choice playing times. And one of the points again brought up by local leagues at a council meeting several years ago was that many families can’t afford the high fees charged by most of the city’s preferred leagues (Example: Rangers $2,400 vs, Blue Stars $35).

“Everywhere you look, the big clubs are closing down the small community clubs to force kids to pay the big bucks to have access to facilities,” Elite founder Chris Hackett said. Based on continuing complaints and the recent situation with Fullerton’s takeover of the Clark Park fields, it appears issues are still unsolved.

Those interested in commenting on this situation may contact the Fullerton City Council (Mayor Silva, Mayor Protem Fitzgerald and councilmembers Whitaker, Zahra, and Flory) by email to council@ci.fullerton.ca.us

The Fullerton Parks & Recreation Commission Meeting will be held at 6:30pm on March 11 at Fullerton Community Center, 340 W. Commonwealth. There is a public comment time where members of the public can voice concerns about anything related to Parks & Recreation in the city, including sports field allocations. Each member of the public wishing to speak may do so for three minutes. On the agenda is the appointment of a commission member to the Sports Field User Group/Appeals Committee. The Appeals Committee makes rulings on field scheduling grievances. The Commission Chair designates a Commissioner and an at-large group of interested individuals are selected by the Commission. Current Commissioners are Chair Gretchen Cox, Vice Chair Erik Wehn, Enrique Macias, Michael Savage, and Ayesha Hussaini. 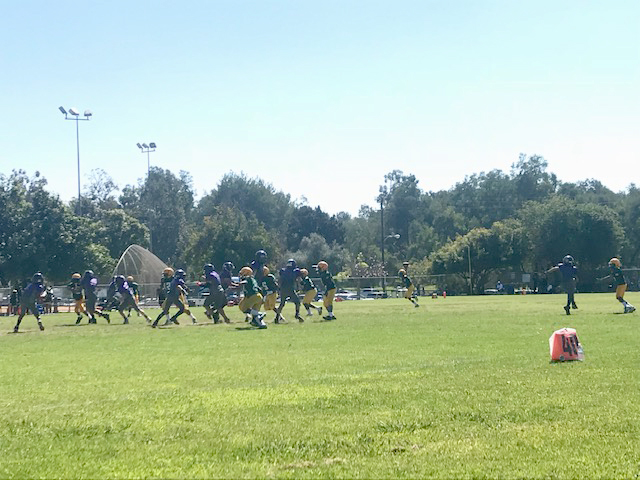