The City of Fullerton raised the official Pride Flag on Wed, May 22 in a ceremony at City Hall. The event, approved by the city council, was hosted by Councilmember Ahmad Zahra. The flag will fly from Harvey Milk Day (May 22) through the month of June to commemorate Pride Month, which is celebrated in cities around the world. 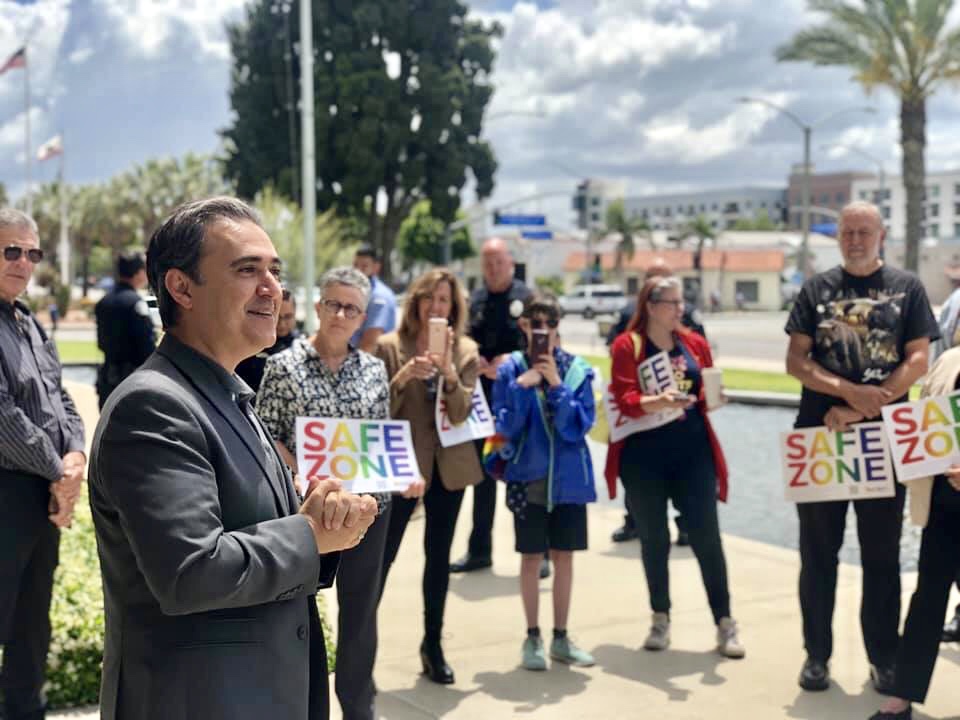 Fullerton City Councilmember Ahmad Zahra speaks at the raising of the Pride Flag.

Harvey Milk (1930-78) was the first, openly gay, elected official in California when he was elected to the San Francisco Board of Supervisors (city council) in 1977; he was assassinated less than a year into his term.  He famously opposed the 1978 “Briggs Initiative” (Prop 6), written by Fullerton State Senator John Briggs, which would have made it legal for public schools to fire teachers for being gay.

LGBTQ stands for Lesbian, Gay, Bisexual, Transgender and Queer — the range of sexual identities celebrated on Harvey Milk’s birthday (May 22nd) and throughout Pride Month (June). The rainbow-colored Pride Flag is flown as a positive message against discrimination and violence and to celebrate dignity and equality.

June was selected for LGBT Pride Month to commemorate the Stonewall riots which occurred at the end of June 1969 – it also marks the month that same-sex marriage was legalized in the US. Many events are held during this month to recognize the positive impact LGBT people have had in the world.

Fullerton City Councilmember Ahmad Zahra — the first openly gay Muslim member of any city council in the nation — spoke before the flag raising on what would have been the 89th anniversary of gay-rights advocate Harvey Milk.  Zahra thanked his fellow councilmembers for agreeing to his initiative to declare May 22nd “Harvey Milk Day” in Fullerton, and to fly the rainbow flag on the City Hall flagpole from now through the end of June, this year and annually. 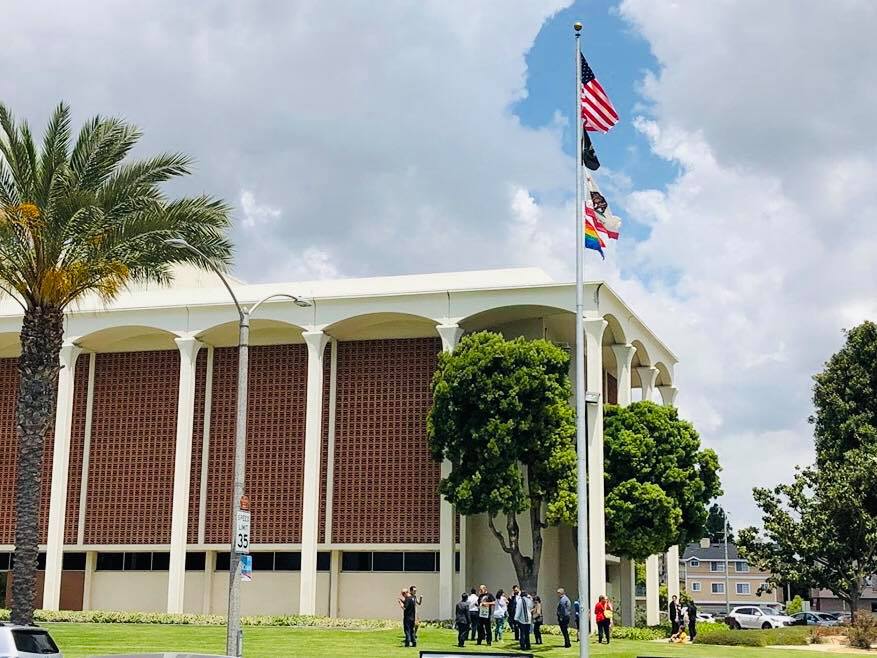 “Why the flag? The flag’s about visibility,” Zahra said, “For years, for decades, LGBTQ people have been in the closet — not for shame, but for fear:  fear of ‘coming out’ and facing the discrimination within their communities, and often from within their own families.  And we’ve seen this throughout history — in extreme versions during the Nazi era, when LGBTQ folks were being killed alongside their Jewish sisters and brothers.  We see around the world today, where gays, lesbians and transgender folks are killed systemically in places like Africa, the Middle East and in Asia, in countries where they have capital punishment, beheadings and public executions, just for being who you are:  LGBTQ.”

Recently in Orange County, a young man, Blaze Bernstein, was killed for coming out, being killed for who he was.  Born and raised in South Orange County, Blaze Bernstein was killed in Jan. 2018 at age 19 after he came out to a former high school classmate, Samuel Woodward, a neo-Nazi who is attempting to use the long-discredited “gay panic” argument in his defense as to why he had to stab Bernstein 22 times;  since Bernstein was Jewish, Woodward was also charged with hate crimes, due to the victim’s religion and sexual orientation.

Zahra mentioned the high depression and suicide rates in schools among LGBTQ teens, and the fact that 30-40% of homeless youth identify as LGBTQ.

“Why are they homeless?  Because they ‘came out’ — and they were ostracized by their communities, and often by their families — so they ended up on the streets.  These are real issues in our communities,” Zahra said. “For me, this flag is about our city saying ‘we see you and we love you.’”

“Fullerton is now a city that is standing for equality, embracing its diversity, and looking forward to a local future where everybody has an opportunity to be who they are and succeed as Americans,” Zahra said, “ So I want to thank you all for coming here!” 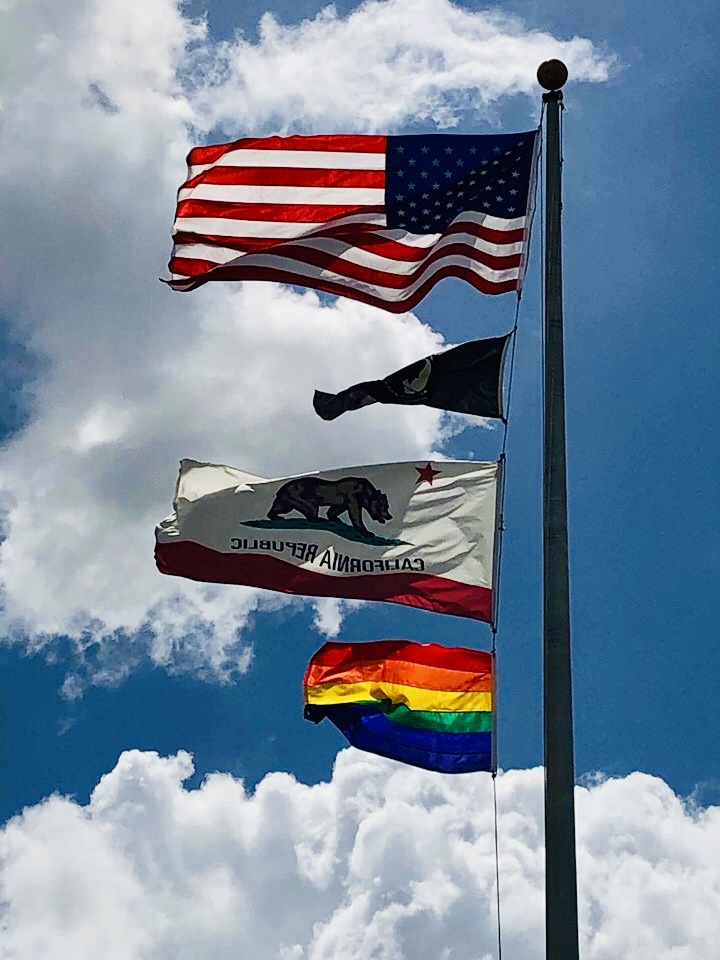