Our Bodies, Our Choice Rally in Brea

In conjunction with rallies and protests across the country against the recent abortion ban legislation in states like Alabama, Georgia, and Ohio, about 100 people showed up during rush hour at the corner of Imperial Hwy & State College in Brea on May 21st to voice their opposition to attempts at rolling back abortion rights. 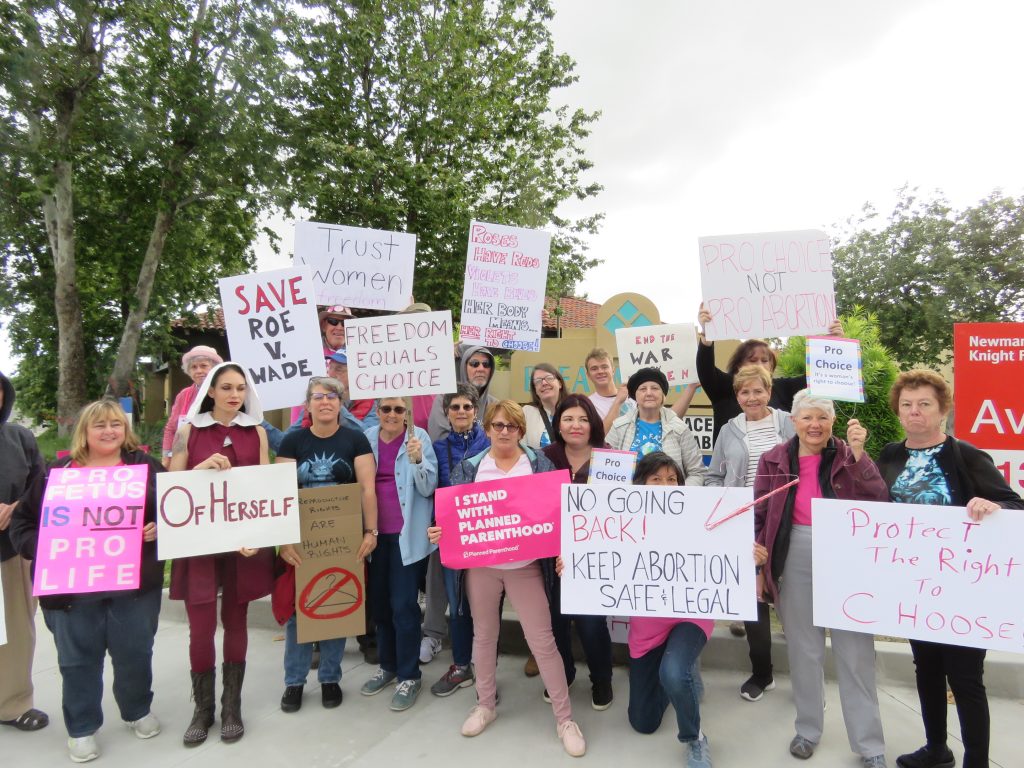 “There are so many people all over the country who are coming out and protesting the recent legislation in Alabama, Missouri, and other states that area really clamping down on abortion rights, and trying to do away with Roe v. Wade,” said Debbie Langenbacher, who helped organize the protest. “One of the things that I’m pleased with is it seems we get a lot of people honking and waving in support of what we’re doing and what we have to say. We’ve only had one heckler so far.”

“I’m very concerned about the recent laws that have been passed in different states, and I really don’t think it’s the government’s job to make decisions for women about their bodies, especially with a law that’s been established for over 50 years,” another protestor named Pat said. 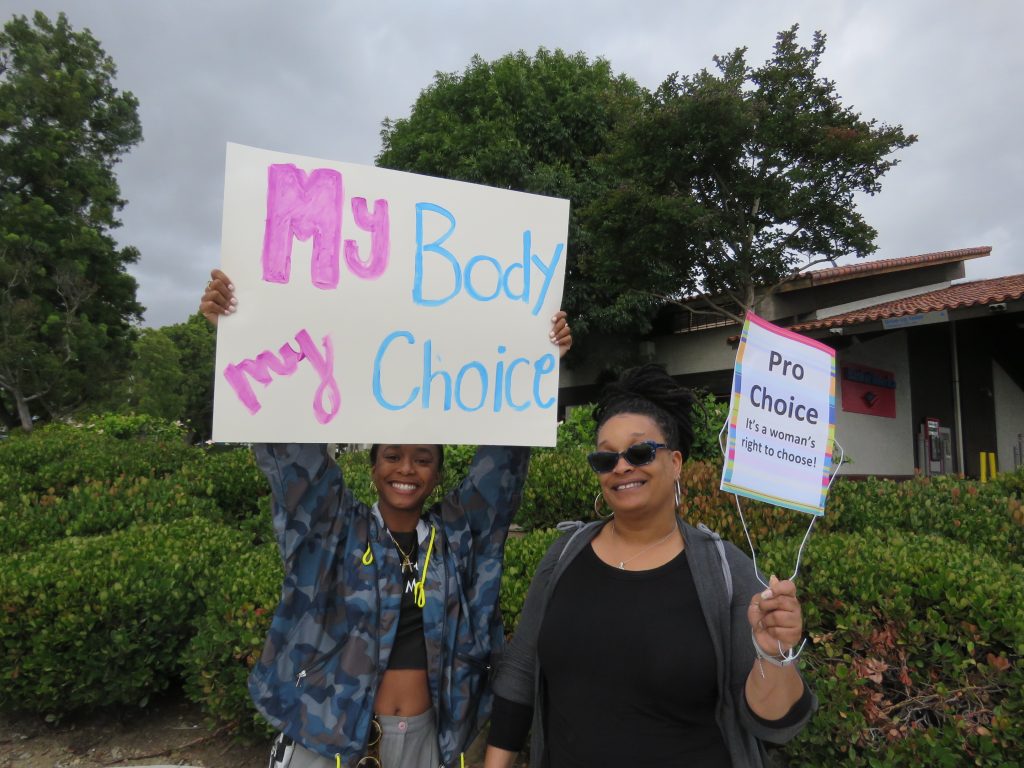 Fullerton resident Suzanne Benet said, “It’s really important to raise awareness about all the bans going on across the country right now, and how they can impact federal law. We need to stay vigilant about raising awareness in our own communities, and banding together to keep women’s reproductive rights intact.”

The protest drew a wide range of people from different backgrounds. Some of the folks at the protest were old enough to remember America before Roe v. Wade, the landmark case that established the right to abortions nationwide.

“In the 1970s, I helped my best friend in college get an illegal abortion, and I cannot believe I’m standing here fighting this fight again,” said one woman. 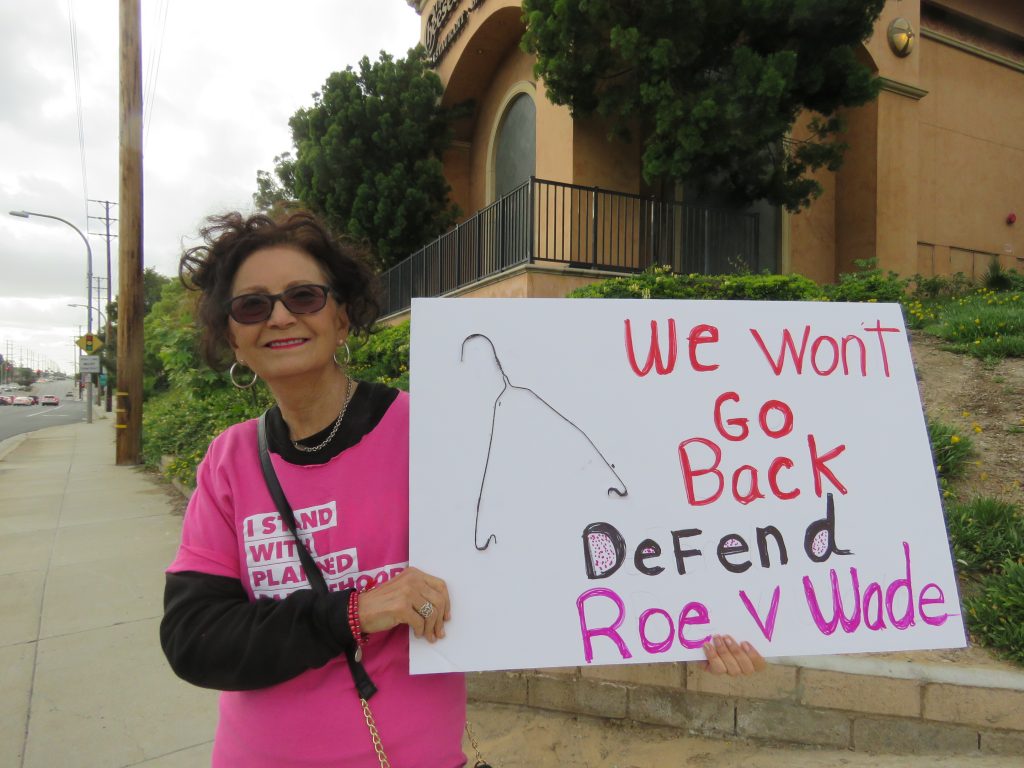 “I am old enough that I lived during the time when we did not have Roe v. Wade, and I know of too many young women who died trying to abort themselves,” said a protestor named Chris.

There were also some men at the protest, voicing their opposition to the recent abortion bans.

“This is a dangerous trend, all the states passing abortion bans, obviously targeting Roe v. Wade,” said Harry Langnbacher, “Trump has done his best to put anti- Roe v. Wade justices on the court and that’s where it’s headed…I think it’s very dangerous. It’s an attack on women’s rights and an attack on human rights. And that’s something we always gotta show up for.”

“We need to have our voices heard when it comes to women’s rights. They have a coordinated effort going on where they’re attacking women’s rights to choose what to do with their own bodies. And we need to send that message all over this country that this is wrong,” said Jim Gallagher, “Roe v. Wade is the law of the land and we’re supporting it. How dare they roll it back?

One protestor was wearing a costume from the classic dystopian novel (and now TV series) The Handmaid’s Tale. 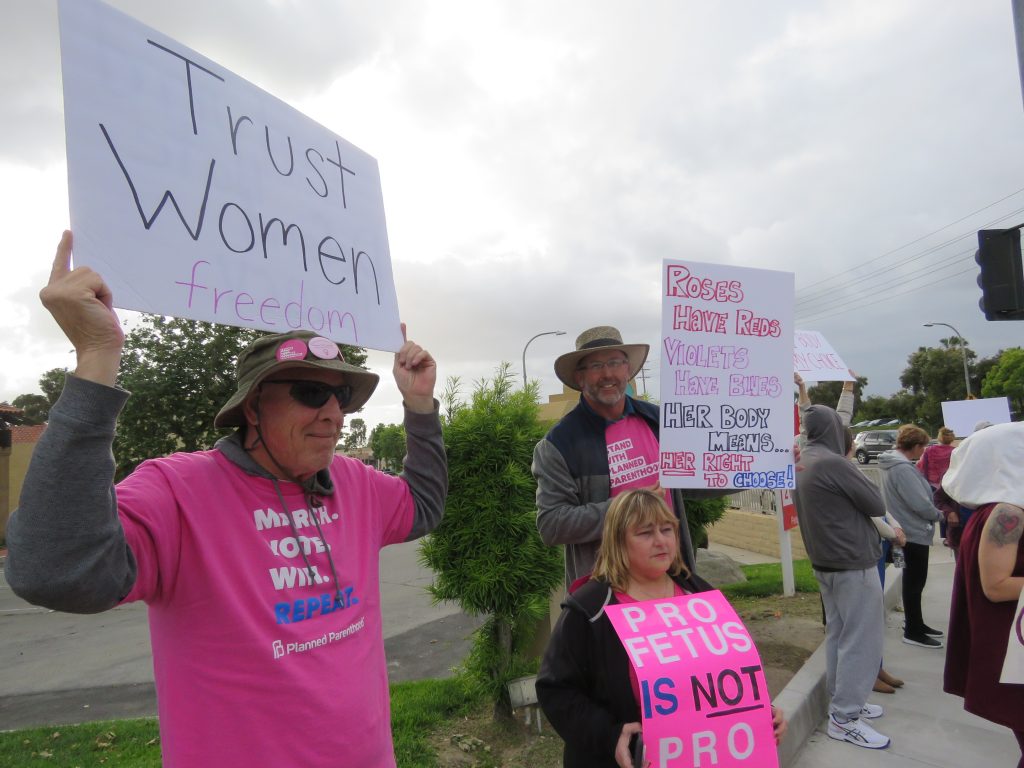 Fullerton resident and retired educator Marcy Fry said, “I’m not pro-abortion. I’m pro choice. And I just feel like it’s a very difficult thing for women to make this choice, but it is their right, and I don’t feel it’s right to take that away from them. The government should not be involved in medical decisions. That’s a very personal choice.”