In May, Fullerton College and the North OC Community College District (NOCCCD) published the Draft Environmental Impact Report for the proposed stadium, as required by state law. However, because of misinformation and mistakes in the analysis, the report significantly understates the true environmental impact of the stadium. Coupled with inappropriately-drafted objectives, the report is inadequate, and undermines an important state process. 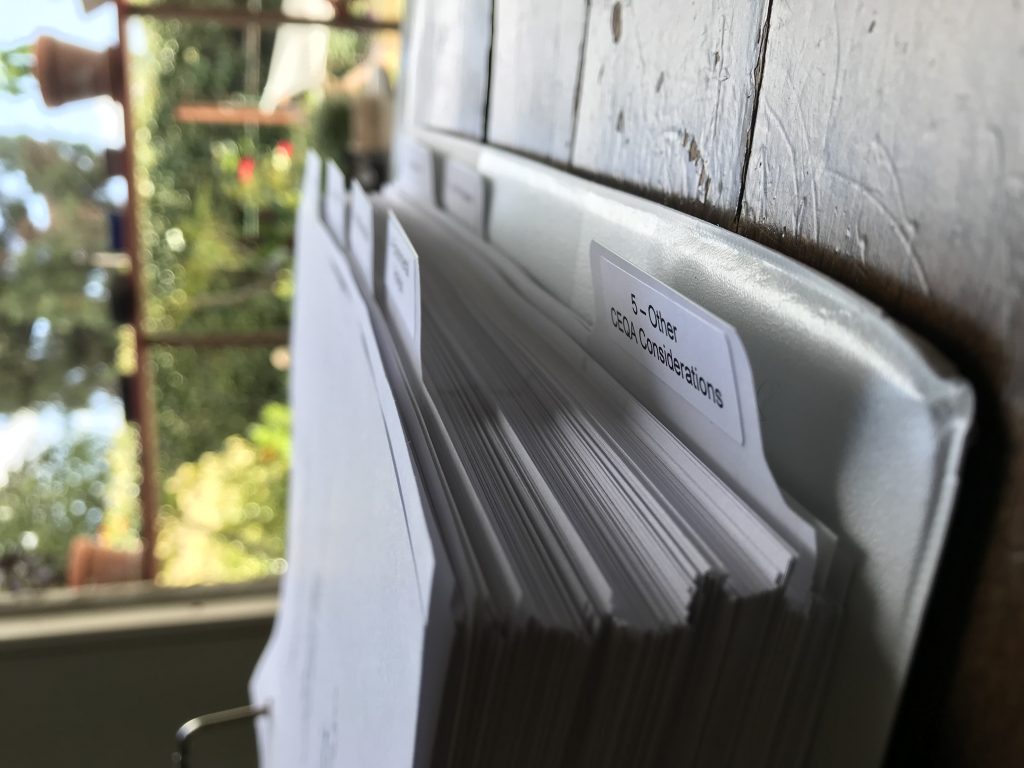 The Draft Environmental Impact Report for the $10.1 million stadium proposed at Fullerton College’s Sherbeck Field on Berkeley is 4,000 pages long.

The report admits the stadium would significantly impact noise and traffic, and mitigation is not possible. This means lower quality of life and property values. The report calls the stadium a “classroom,” even though the multi-million dollar project would serve only 256 extra students. Why? Classrooms are exempt from city regulations. The problem? State law does not designate stadiums as classrooms.

The Fullerton Union High School stadium is rejected as a suitable alternative, because of possible overuse and an NCAA rule prohibiting games at high school fields. This information is flat wrong. The turf field at FUHS stadium is designed for far more use than sharing would create. Adjustable goal posts and interchangeable portions of turf—both easily incorporated at FUHS—would satisfy the NCAA rule. 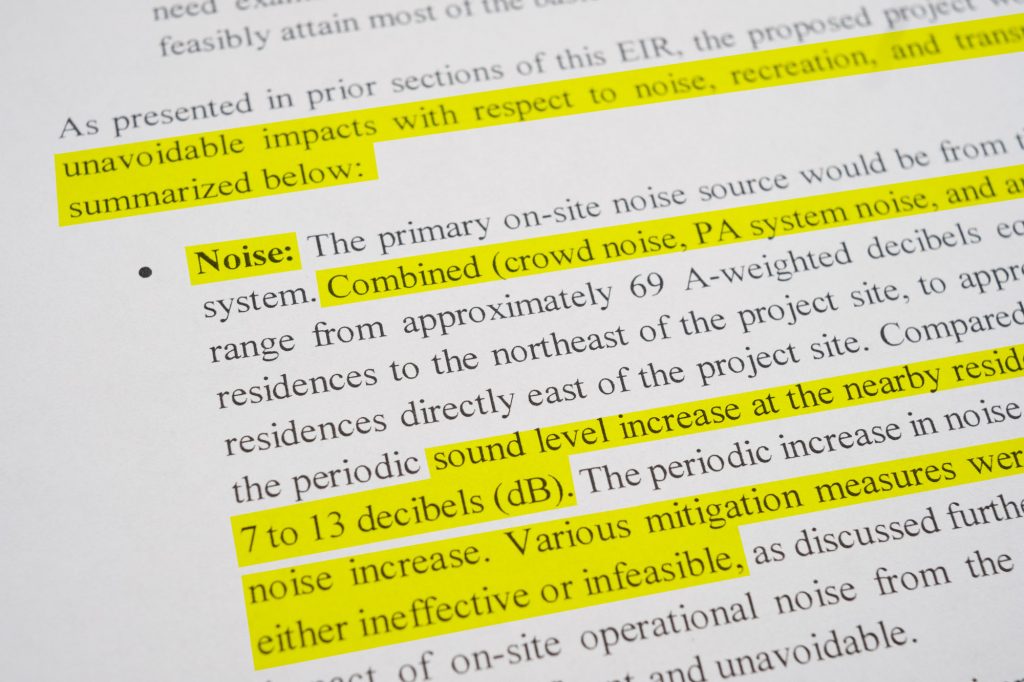 While admitting the noise and traffic impacts are significant, the report drastically undercalculates them. It focuses on a football game, but fails to address the total hours of usage scheduled. Fullerton College admits usage could average more than 12 hours a day, every day. Many planned uses wouldn’t even be for students—they would be for “rentals.” Most current rentals are for educational and civic activities, but this is not a requirement. Fullerton College could rent out for any purpose, including concerts and other loud, highly-attended events. Given the substantial cost to recoup, this seems very likely. Rental activities would be required to use the new sound system, which is designed to be heard over a crowd of 4,400 people. The formula used to calculate noise would undercalculate concert noise impact by 3 to 4 times.

The City of Fullerton asked for an analysis “worstcase scenario”: the use of the stadium at the same time as FUHS stadium. The report ignored this request. Based on the schedule of football games at FUHS stadium, and the schedule provided by Fullerton College, this “worst-case scenario” is likely to happen 5 to 7 times every fall.

The impact of noise and lights from 2 stadiums would be a bigger problem than the report lets on, but the true disaster would be traffic. The crowd capacity of 4,400 at the proposed stadium would cause significant impacts at 4 intersections centered around Berkeley Avenue, Lemon Street, and Chapman Avenue. These same intersections are impacted by FUHS stadium. With a combined stadium capacity of nearly 11,000 people, the traffic jams would cascade beyond the vicini ty of the schools, locking up Harbor Boulevard, Commonwealth Avenue, and all the way to both the 57 and 91 freeway on-ramps. 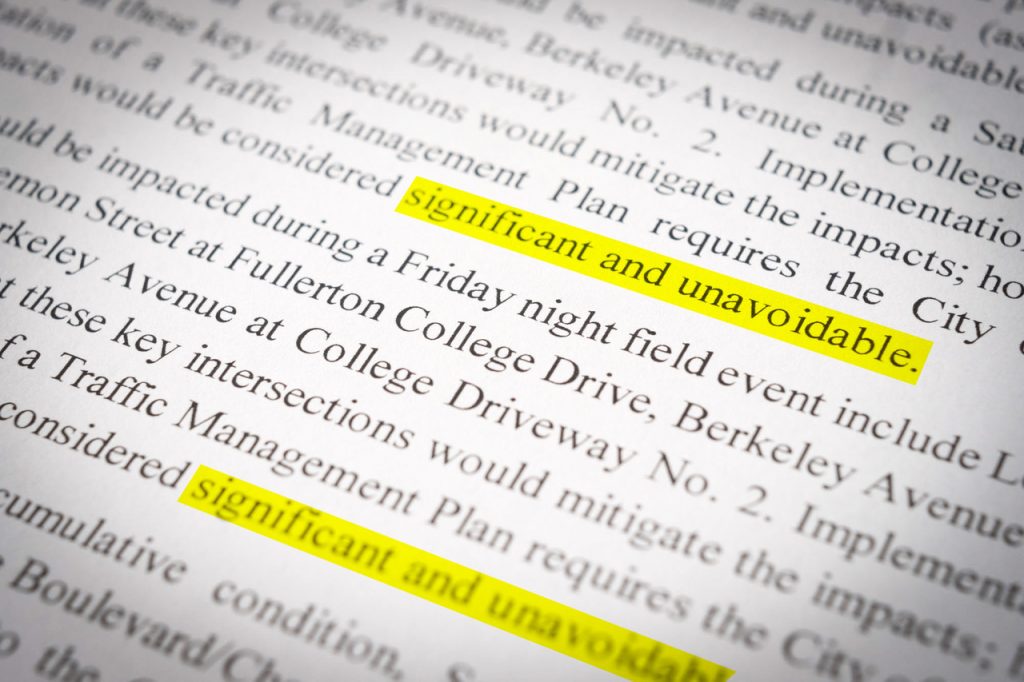 The report minimizes the impact of parking, because spectators can park at Fullerton College. Anyone who lives near the college knows that parking often overflows into the neighborhoods early in the semester. Fullerton College doesn’t have enough parking now, yet the report believes 4,400 spectators can be accommodated. This says nothing of the 6,500 possible fans at a simultaneous FUHS game.

Fullerton College paid a professional firm over $300,000, and got the result it wanted. The college and the firm are both very familiar with the EIR process. The project objectives were inappropriately drafted to carefully guide the report’s analysis and recommendation to approve the project.

This is gaming the system, undermining the state law requirement to objectively determine the impacts of large projects. The misinformation and the incorrect and incomplete analysis render the Draft EIR inadequate for any city or state agency to rely on.

A proper, independent analysis would come to the same conclusion. I encourage you to write to NOCCCD saying this, as I have.