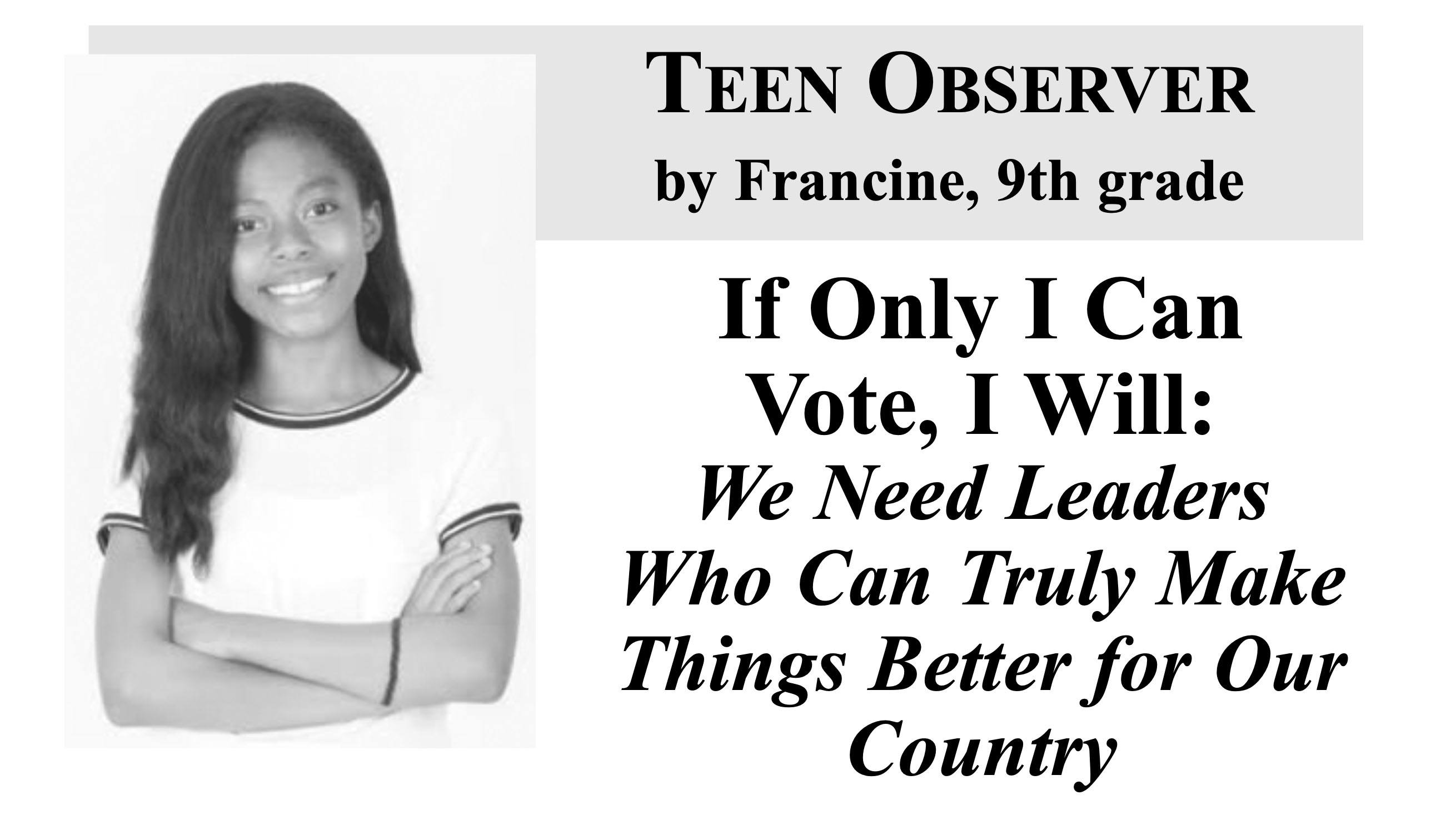 As a freshman in high school, the first things I learned in World History were the reasons that gave rise to democracy.  Among them is being able to choose our leaders and give our views on the proposed laws. This political system goes as far back as 2000 BC when the Greeks introduced it for the first time, but it has become even more significant today as we head into the final stretch of the 2020 General Election.

Our country is in the midst of serious threats including the pandemic, massive unemployment, environment degradation, systemic racism, meddling of foreign governments in our elections, and the proliferation of fake news on social media that fuels the  hate culture among Americans. In this  election, it is important that we choose wisely the best leader who can effectively address these issues and unify our country. But we should also be sagacious when deciding which propositions would truly improve the well-being of our community.  These are the changes or improvements on current State or municipal laws that may or may not improve the quality of our lives.

I have four more years until I can vote but as I was checking the voter’s guide at home, I read about  Proposition 18 that will allow those who will be 18 at the time of the General Election to participate in the primary and special elections of that year if they are 17 at the time of the primary.

Knowing I fall exactly in this category  at the time of the General Election in 2024, I am interested in lowering the voting age requirement to 17 so I can vote in the primary elections.  Is this a smart move?  I checked with at least 10 of my friends.  Four of them are in favor, three are not and the rest don’t really care.  Those in favor think that at 17, teens are responsible and educated enough to vote because this is about their future.  Those who are not in favor of letting teens vote at 17 believe that it will just be a waste of resources to let them vote.  After all, most teens are easily influenced by social media where misinformation and fake news abound, so their votes might not help at all. Those who don’t care are likely not interested yet in the affairs of our country.

Regardless of anyone’s opinion, it is important that registered voters cast their votes so that the voice of the American people will be heard. Missing out on this opportunity can have serious consequences that all Americans will have to deal with in the next four years. 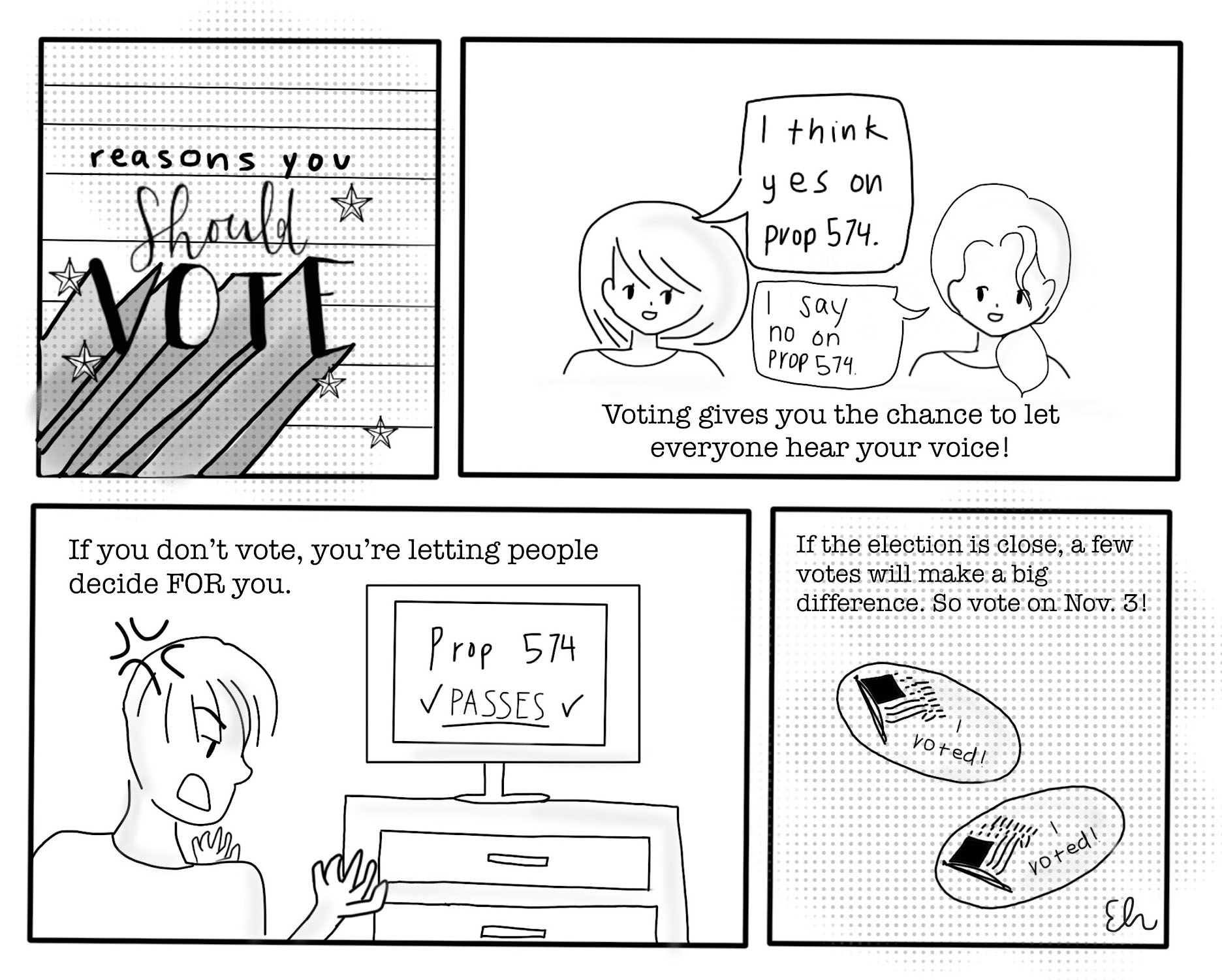 With Among Us’s latest popularity, Congresswoman Alexandria Ocasio-Cortez took a new approach to promote voting just weeks before the 2020 Presidential Election. Ocasio-Cortez has officially made her debut on the streaming site, Twitch, attracting over 435,000 viewers, and holding her spot as one of the largest growing broadcasters. The live stream on Tuesday, Oct. 20 lasted for approximately three-and-a-half hours, with fellow Representative Ilhan Omar, content creator, Pokimane, and streamer, Hasan Abi.

This video game centers around the idea of having players complete tasks on a spacecraft while a few hidden “impostors” attempt to sabotage the ship and its crew. Crewmembers are expected to find the culprit before the “impostors” can undermine fellow players.  The Representative claimed to have little experience with the game but was publicly recognized for her broadcast, which saw major success in garnering public attention. Using a variety of social media platforms, Ocasio-Cortez is getting the youth involved in politics and voting through a variety of social media platforms.

You may not even think about it  now because the election is on everyone’s mind, but wait another week and you might just see your  refrigerator in a different light. Should the election result end up in your favor, it can inspire celebration and move you to fill up your fridge with your favorite comfort food. But, if you end up not seeing the light of day with discouraging election results, cleaning up your fridge could prove cathartic.

Refrigerators play an important role in our lives. Without them, we would not have access to ice cream, cold beverages, or our favorite go-to comfort foods that make us feel better when stressed.  Having a refrigerator plays an essential role in the food we eat. It allows us to store food for a longer period of time and keep a variety of food cold. Beyond food, a refrigerator is a complex piece of technology that has been consistently improved and upgraded. It marks a huge step in technology relating to the storage of food and keeping it cold.

November 15 is National Clean Out Your Refrigerator Day. It was made to honor the technological advances, and to set up a day for people to clean their refrigerators.

On this national holiday you can celebrate the technology behind a refrigerator and remind yourself not only the important role it plays in your life but also the importance of having appliances that are environmentally friendly.

It’s a perfect time, especially during quarantine, to go through your refrigerator, clean it up and make sure it is in good operating condition.