His Name Was Charles

His name was Charles. He would also answer to Charlie or Charles Anthony. He wore a long dark ponytail, and he was loud and talkative, and talked out of the side of his mouth in the way those who grew up near the Bronx, NY often do. He was intelligent, well-spoken, and could talk to you for hours about baseball stats, basketball, UFC fighters, history, classic rock, and movies. He could also share with you his knowledge about Eastern vs. Western philosophy, meditation, and his specialty, Qi Gong. He had friends, connections, and ties to his community of people with whom he chose to surround himself. 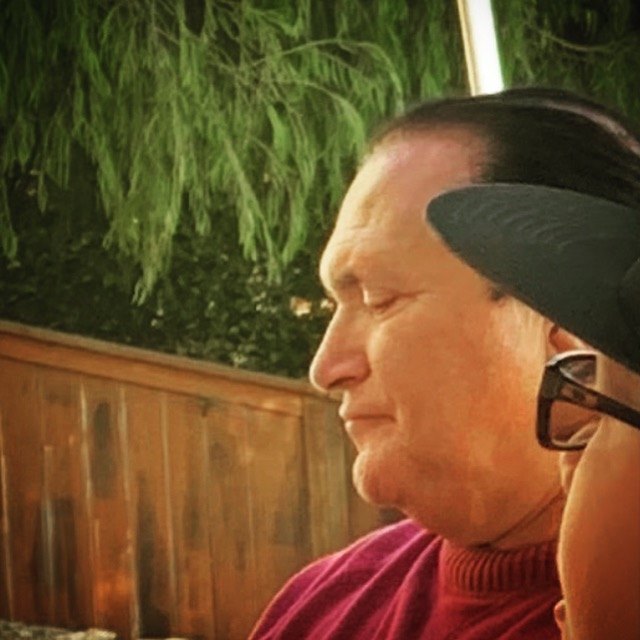 He was also homeless.

My husband Eric met Charles about 7 years ago while he was seeking to learn more about the Qi Gong practice that he had begun to learn in order to help with his depression and anxiety. Their relationship began as student and mentor. Eventually, they became friends, and we came to know Charles as a friend to our family.

Charles and Eric would usually meet a couple of times a week to sit and practice or hike in many of the green spaces around Fullerton and other parts of Orange County. Those green spaces, which included parks, trails, nature preserves, wetlands, etc., became his home. He chose to spend most of his days in the quiet spaces, off the beaten path, in nature. He also spent much of his time at local libraries and eateries that provided free Wi-Fi service for movie-watching and streaming sports.

When COVID-19 hit and as things shut down, he lost access to the libraries and eateries. That’s when Charles became a frequent visitor at our house, setting up his laptop in our garage to use our Wi-Fi, where he would download movies, watch movies he’d checked out from the library, and stream any sports he wanted to watch. He and I often chatted while I did my laundry, about movies and shows and music. During the Laker’s playoffs and the World Series, he could be heard cheering and jeering during the games. Although he still spent his days outdoors doing what he loved, in the evenings he was in our garage.

His last visit was on Thanksgiving. He left me some library movies as he’d done numerous times before. But then he didn’t return. When three days turned to five, we still hadn’t seen him, and he hadn’t returned for the movies.

By the 6th day, Eric tried to call his phone. It rang and went to voicemail. Eric received no reply to his voicemail. He tried again the next day. A few more days passed, and he tried texting him. After 11 days, there was still no reply, but Eric happened to spot Charles’ car parked in a familiar place near a trailhead in Coyote Hills, one of many places he frequented. Eric said, “See, he’s just out doing his thing.” But I was feeling unsettled. The next day the car was still in the same place. Now our call went straight to voicemail. We drove to the car to find that it had by now been ticketed and the tires marked. After speaking to some people passing by, we learned the car had been there for at least a week. We called the police. At first Eric was told there was nothing they could do and that we would have to call in the morning to speak to the homeless liaison, presumably upon hearing that he had slept in his car. Friends encouraged us to call back and insist on filing a missing person’s report for our friend, a person we were expecting and who never came back. We were put in touch with an officer who went to check out the location of the car. He told us he would be filing the missing person’s report, forwarding our information to a detective and to their drone team to search the preserve area where Charles was known to hike.

When we didn’t hear anything from authorities the next day, we knew we had to find our friend. So, Eric and I hiked the preserve, searching all of the shady, off-trail areas. On a pass around the ridge, Eric turned and spotted his body under a dense tree. We had known what we would find, but Charles deserved to be found and not spend one more day out there. And we knew that if nobody else was going to look for him, we were meant to find him. It’s as if all the clues were left just for us.

We found our friend in a place perfectly suited for his final rest. In a year that has been so unsettling, we take comfort in knowing he passed in a lovely place, living life the way he chose, knowing the pleasure he expressed watching Lakers and the Dodgers make history. He would have said it was a great year!

His name was Charles, and he was our friend.