Fullerton City Council unanimously approved new parking regulations at their April 20 meeting, which will affect Valencia Drive between Raymond Avenue and State College Boulevard. This stretch of road is where many people living in their RVs have been parking. 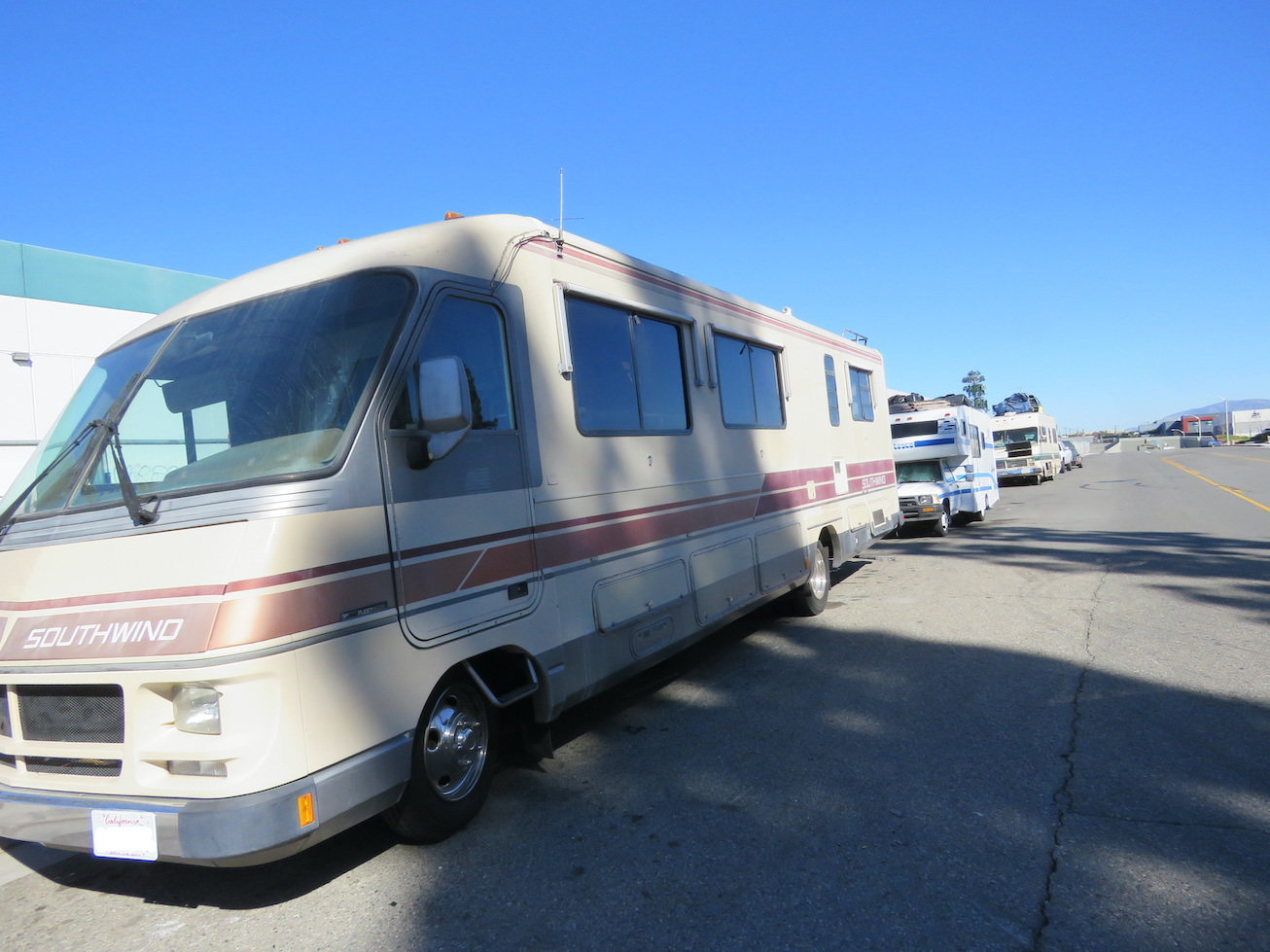 The new regulations were created to deal not just with RVs, but also large commercial trucks and cars from a nearby auto body shop parked illegally in this industrial area. All of these have led to complaints from nearby business owners.

Fullerton’s Deputy Director of Community and Economic Development Kellee Fritzal said, “The issue of RVs on Valencia and Walnut has been expanding, and the concerns of trash, hazardous materials, and safety is increasing. In addition, the adjacent property owners are frustrated with the situation.”

Over the past several weeks, the City has partnered with local non-profits and faith groups to provide outreach services to those living in RVs prior to the regulations taking effect.

During public comment at the April 20 City Council meeting, a man named James, who currently lives in his RV, spoke against the new regulations.

“You guys are just trying to pass the buck, but there’re no solutions being created,” he said. “This is it. This is my life. I’m asking you to at least examine a potential alternative for us people who have nowhere else to go.”

Councilmember Ahmad Zahra asked if he had been connected to any services.

James said he was enrolled in City’s Safe Parking program, which ended last year, but the restrictions imposed by the program made it unworkable for him.

Curt Johnston said, “There’re a lot of people out there in Fullerton in campers that are kind of frustrated. Because this area on Valencia isn’t the only one being closed down…With this proposal, there should at least be some discussion about possible solutions to go along with it.”

A woman who lives in her RV said, “I think we’re being targeted and they don’t understand our situation.”

A man who lives in a condo along Walnut (which the new regulations will not affect) said that the current situation with the RVs parked along his street is “kind of untenable.” He mentioned trash that has accumulated next to some of the RVs.

Last year, City Council passed a separate ordinance that specifically bans RV parking on most City streets without a permit. This ordinance was legally challenged on constitutional grounds and has never been enforced. However, the City is planning to begin enforcement of an amended version starting in May, according to City Manager Ken Domer.

Brooke Weitzman, a lawyer who brought the legal challenge, said, “It seems harmful to scatter people out of the area into residential neighborhoods when they can receive support …   When our municipalities choose to make poverty a crime instead of providing real solutions, they exacerbate the problem and increase costs.”

Prior to voting unanimously to approve the parking regulations, City Councilmembers weighed in on the issue.

Councilmember Fred Jung said, “You say if we enforce this ordinance, you would be homeless. Is that plot of street your home? Is it right or a right to disturb neighboring businesses and residents without recourse?”

Councilmember Jesus Silva said that Council had delayed approving these regulations to give time for nonprofits the opportunity to conduct outreach with those living in RVs.

“They were able to help some, and not others,” Silva said, adding that Fullerton has done a lot for those without housing, including approving a Recuperative Care/Navigation Center.

Councilmember Zahra said, “As a governing body, we have to strike a balance….  I still encourage everyone who is in an RV to seek out our services. We may have still something for you.”

Mayor Bruce Whitaker said that parking regulations are “created for the safety and the good of all of our citizenry, and it would be extremely unfair to burden a small number of our residents to try to accommodate this further.”

He encouraged those living in RVs to seek the services offered by nonprofits and other agencies.

Over the last five weeks, prior to passage of the new parking restrictions, the City and County have partnered with local nonprofits like CityNet (the homeless outreach nonprofit that the City contracts with), Wound Walk OC, Pathways of Hope, and local faith groups to do outreach and offer services. The City also provided some waste disposal services.

A  common response was that the RV owners did not feel they were homeless and did not desire services, according to Fritzal.

Some of those living in RVs along Valencia have told The Observer that what they truly need is a place to park legally. They fear that by going into a shelter they will have to give up their most valuable possession, their RV/home.

Beginning in February, a coalition of faith-based groups, in partnership with the City, conducted an assessment of 27 people living in their RVs along Valencia and Walnut.

“We sought to find out what city they were from and what help they needed and wanted,” Jason Phillips of Fullerton ACT said.

Out of these 27 individuals and families, the following outcomes resulted:

• One is reuniting with family out of state

• One is in care at the [Fullerton] shelter

• Two will be in the shelter by Monday

• Two are currently working on reuniting with family out of state

• One is in medical care

• One received medical care and is with a friend

Volunteers from the Tri-Parish Collaborative and others also helped those living in RVs with food, vehicle repairs, and vehicle registrations.

“There was a problem, though,” Phillips said. “It’s hard to get people to leave their assets and RV, which they consider their home, to move into an emergency shelter.”

Thus, outreach groups have sought to find space both for individuals and their RVs.

“A fair number of the people simply do not understand why they can’t just be given some place to park their RVs legally with basic hygienic and sanitation services provided, as well,” Father Dennis Kriz of the Tri-Parish Collaborative said. “Most of these people, who are not without financial resources, receiving either social security or unemployment would be able to contribute financially (pay rent) to such a project.”

Father Kriz said he and others who have done outreach on Valencia and Walnut agree that such a parking facility (or facilities) would be best offered on the County level rather than the City level.

Phillips said that the collaboration between the City, the County, non-profit and faith groups has also expanded to include Assemblywoman Sharon Quirk Silva and 4th District Supervisor Doug Chaffee.