Officers were called to the 3600 block of West Avenue because of a family disturbance report. A 911 caller said that a domestic violence incident occurred inside the residence. During the incident two teenage children tried to intervene but the male suspect pulled a knife on them. While officers were still responding, information was received that the male suspect also had a handgun and had fired several rounds. As officers arrived on scene, multiple family members ran from the house. Seconds later the suspect exited the house holding a knife. Numerous commands to drop the knife were given by police but the suspect refused to do so. The suspect, still armed with the knife, attempted to re-enter the house where other family members were believed to be still inside. A K9 was deployed. The suspect stabbed the K9 and the suspect was shot.

A knife was recovered at the scene. 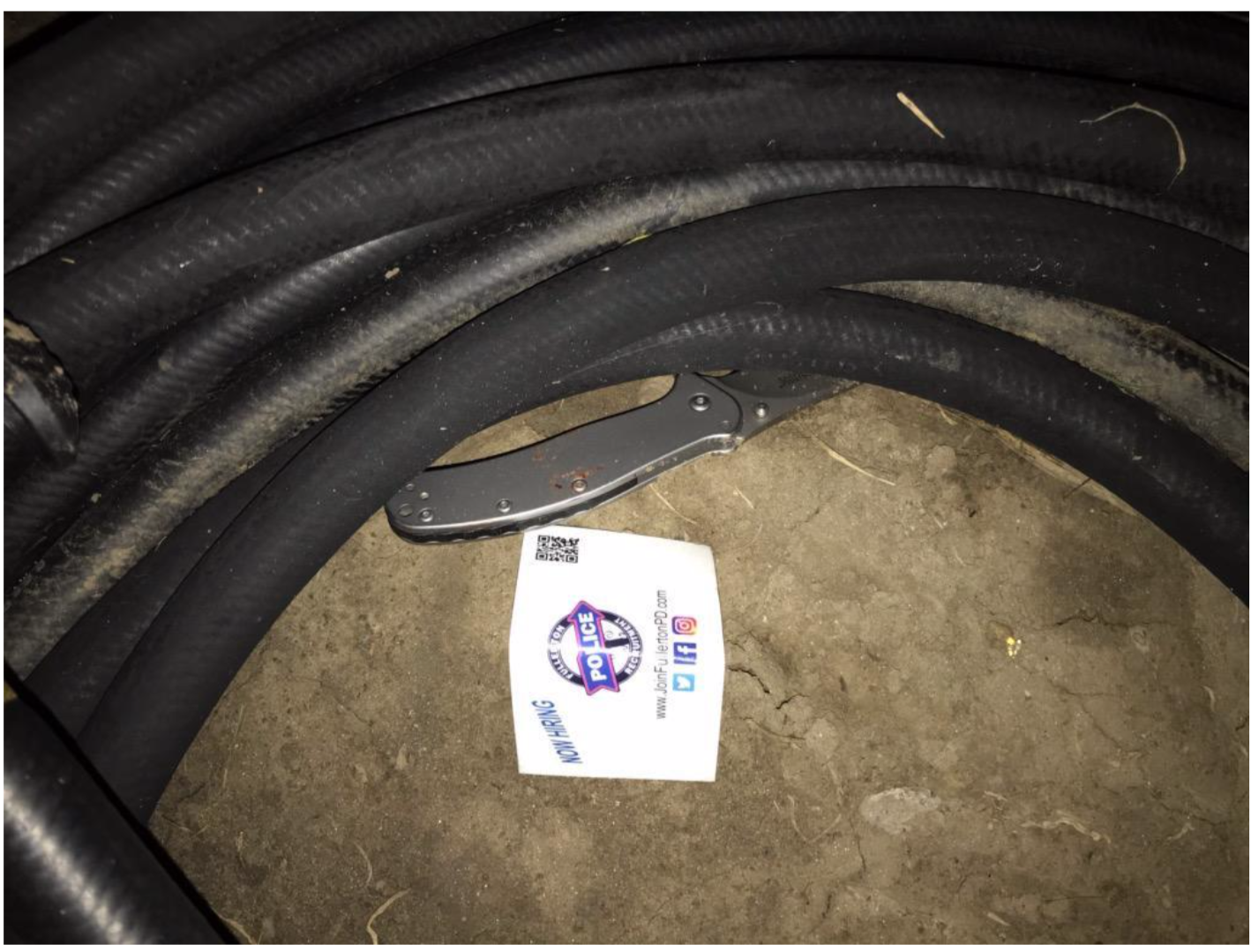 The Fullerton Police Department released this image of the knife allegedly recovered at the scene of the slain suspect, along with what appears to be a sticker stating that the department is “now hiring.”

The Orange County District Attorney’s Office is handling the investigation into the officer-involved shooting, as is standard protocol. The deceased suspect’s identity will be released by the Orange County Coroner.