Council, Board, Public Weigh in on Future of Fullerton Museum Center

At the request of Mayor Bruce Whitaker, Fullerton City Council received an update and discussed the current status and future of the Fullerton Museum Center (FMC) at their Feb. 2 meeting. Members of the FMC Association Board of Trustees and members of the public also addressed Council via Zoom and written comments in which they expressed support for re-opening the Museum (when it is allowed) and asking for better communication between the City and the Board. 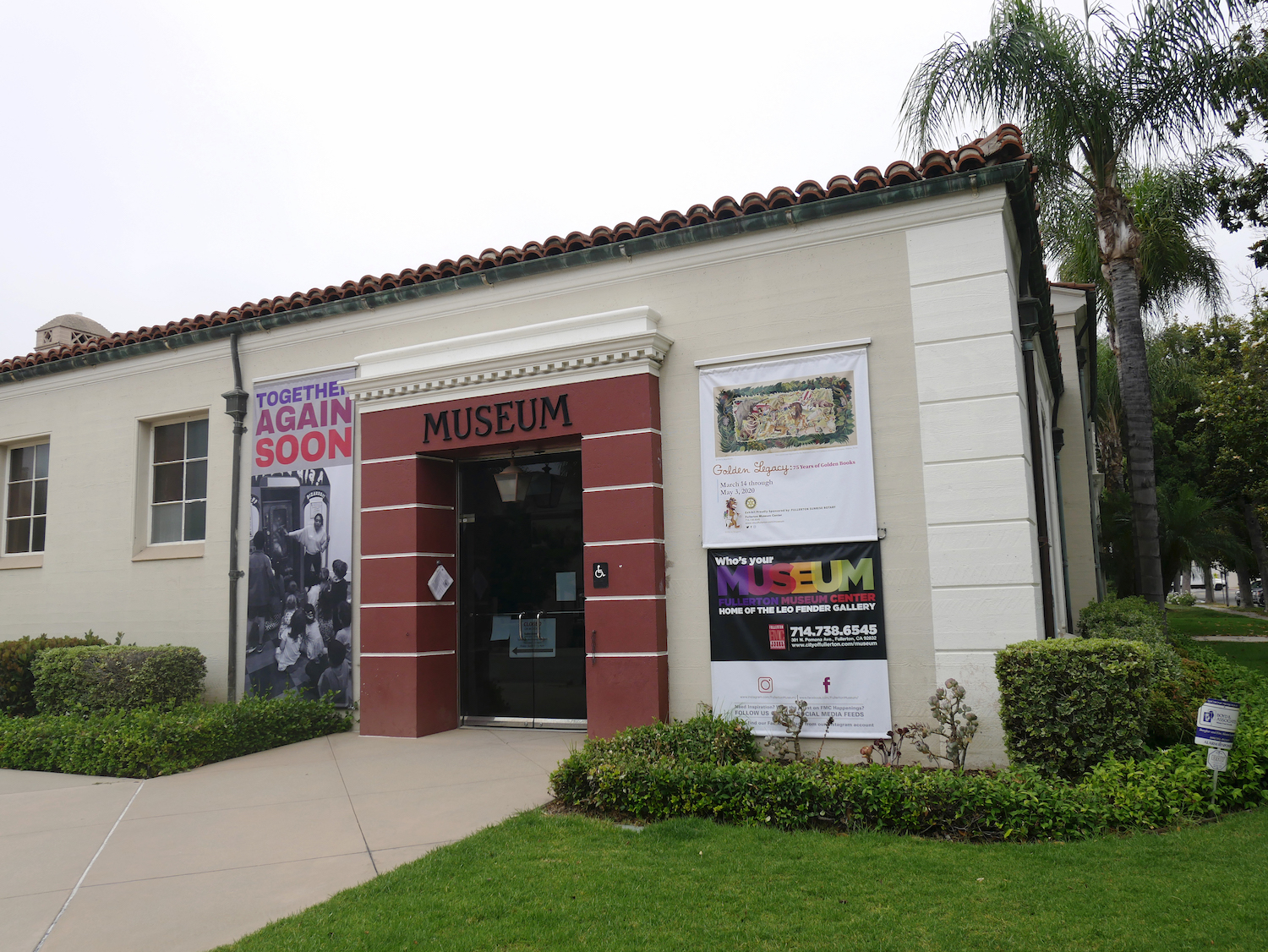 Prior to Council Discussion, City Manager Ken Domer gave a report on the status of the FMC, how funding and staffing were affected by COVID-19, and proposed a possible partnership with a third party in the future, such as Fullerton College or Cal State Fullerton.

During the pandemic, FMCA Board members and volunteers were able to keep the gift shop and galleries open intermittently through early December (each time the Governor reduced restrictions). Additionally, an art exhibit “The FMC and ME” ran through the end of the Market season in October.

“At such a time that the Museum can be re-opened, even at minimal levels (such as on weekends), the City does not have the available funding to staff the Museum nor fund the operations,” Domer’s report says.

To fill the funding and staffing gap, Domer proposed that a third partner, such as Fullerton College or CSUF, be added to the Museum operations.

Prior to the pandemic, the City was planning to conduct a Museum Master Plan process with a goal of “transitioning Museum and Association away from the General Fund [city] subsidy. With the pandemic, those plans ground to a halt and no funding source has been identified to proceed with a master plan,” the report says.

Both Mayor Whitaker and Mayor Pro Tem Nick Dunlap said they had recently met with the FMC Association Board of Trustees and expressed frustration at the lack of communication between the City and the Board.

“I had the opportunity to participate in a conversation with 15-20 Board members last week and I was very frustrated to hear the way they’ve described being treated for the entirety of the pandemic,” Dunlap said. “Not only have they been physically locked out of the facilities they’ve been locked out of these processes where there are really important decisions being made about exploring the future of the Museum Center, and they’re not even at the table…I would certainly expect much better communication to anybody who’s conducting business or deliberating on behalf of the City.”

Mayor Whitaker echoed these concerns, and added that City Council, too, “should be kept up to date on any negotiations that are going on for any outside parties. We need to receive regular reports on what’s being decided.”

Domer apologized and said, “We can do better on that, and I don’t know why exactly that occurred,” referring to Board members not having access to the building.

Janet Buzan, Vice President of the Fullerton Museum Center Board of Trustees, said that members of the Board learned after the fact that CSUF personnel had been given a tour of the FMC facility in December and Board members were not included.

“Although the FMC Board of Trustees is open to collaboration opportunities, we should be informed and included in any potential collaborative conversations,” Buzan said.

Board member Carol Henke asked that the City restore funding for the FMC, saying it is “an important institution, anchoring the downtown.”

“As a Fullerton Museum Center Association Board Member, I believe there is no basis for essentially locking the Board out making it impossible for us to plan for re-opening. As a taxpayer, this is what I want to support, not more expensive policing,” Henke said.

Harmeet Chana, another Board Member, said, “Eventually, when State law allows it, we want the museum to be ready and that’s why this matter is so pressing. We have not been given full access to the premises…That being said, our goal is to work with you so that the Fullerton Museum can remain a valuable cultural asset like it has been in the community and hopefully will continue to be for many years to come.”

Several members of the public spoke via Zoom or submitted eComments in support of the Fullerton Museum Center. Here are some of their comments:

“FMC is a place where diverse people can feel joy in belonging together. We need the FMC now more than ever.”

“The FMC brings culture and community to our amazing City. The Farmer’s Market and Museum are what make our City special. My children have picked up their awesome art kits throughout the pandemic. Please save this amazing space.”

“I urge City Council to restore support for the Fullerton Museum Center. Its historic building, its visionary programs, its small, dedicated staff, and its weekly beer garden created a vibrant beating heart for the City…The closure of the Museum has deprived the City’s population of an invaluable local resource.”

“Art and culture are what make a society great.”

After listening to public comments, City Councilmembers discussed and gave direction for next steps.

Mayor Pro Tem Dunlap suggested that the City target April 15 as a potential re-opening date for at least a few days a week.

Domer said that right now Fullerton is under the State’s most restrictive tier, which only allows outdoor (not indoor) Museum activity.

Councilmember Jesus Silva said, “I think we can figure out a way to bring it back at least for three days a week starting in April, when maybe we can get out of the restrictive tier and have more events.”

Silva also suggested increasing membership dues to raise funds and asked the Mayor to work with the City Manager to find the funding in the budget.

Councilmember Ahmad Zahra, who was recently chosen by Council to serve on the Museum Board, said that he hopes “to be a conduit between the City and the museum center and the arts community at large because I think that one of the big issues that I’ve found is that there’s a lack of communication.”

Zahra also said that there needs to be some kind of plan for the Museum, suggesting that the City look at a currently-existing plan that the Board has put together.

Councilmember Jung said he supports targeting April as a possible re-opening date, and Council voted unanimously to give this direction.

Whether the Museum is able to actually re-open and what that will look like will depend on where Orange County falls within the State’s Blueprint for a Safer Economy at that time, and whether the City (or its partners like the Board) are able to adequately fund and staff it.